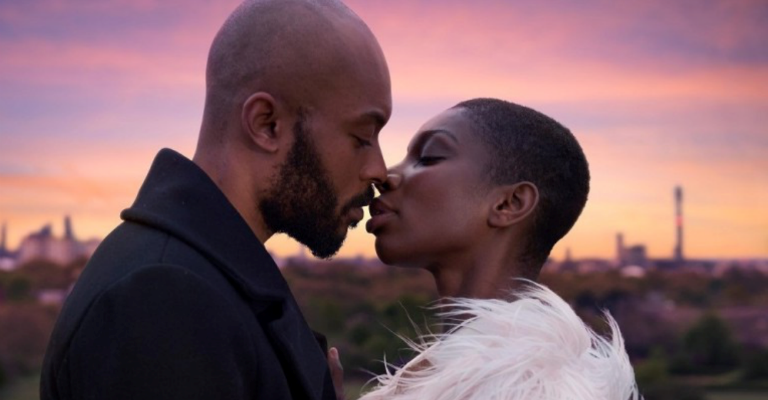 This is an exclusive theatrical one-off and your only chance to see this film on the big screen in our cinema and city.

Directed by Tinge Krishnan, adapted from Ché Walker’s hit stage play and retaining Arthur Darvill’s original songs, Been So Long is a contemporary musical set on the streets of London’s Camden Town. Krishnan shoots the streets bathed in neon and enriched with romantic possibilities. BAFTA® winner Michaela Coel lights up the big screen as dedicated and whip-smart single mum Simone whose encounter with the confident yet secretive lothario Raymond, played by The Pass star Arinzé Kene (reprising his role from the Young Vic theatre production, currently blazing a trail in his one-man hit show MISTY), has her head spinning.

This charismatic pair lead an all-singing and dancing ensemble populated by a wealth of homegrown talent. Ronke Adekoluejo steals scenes as Simone’s fearless best friend Yvonne, while the volatile Gil (George MacKay) has a score to settle at the bar owned by Barney (Luke Norris).

Other faces to note include Joe Dempsie (Game of Thrones) and Arsher Ali (The Ritual), with the eclectic soundtrack adding a soulful personality of its own.

The film is followed by a Q&A with producer Amanda Jenks, stars Ronke and George McKay, and hosted by the curators and agency-for-change Birds’ Eye View’s Mia Bays (producer of Oscar-winning and multi-BAFTA nominated films) and Jo Duncombe (BEV curator and creative producer Influencer Programme).

Following there’ll be a meet and greet in the bar, where we will serve BEEN SO LONG ISLAND ICED TEA (see what we did there?) cocktails and bopping our heads to a setlist featuring music from the film and music that inspired the film curated by the musical directors Chris and Arthur.