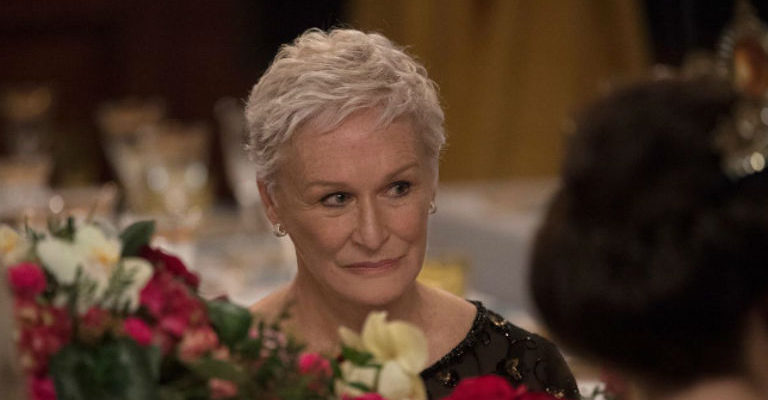 A charming, loyal and supportive wife (Glenn Close) had her own ambitions and talent as a young woman, but these were quickly shelved in favour of growing her husband’s career as an universally-recognised writer. Given their forty-year marriage has been built upon unequal sacrifice and huge compromise, the cracks are starting to show. But when he is up for the ultimate international literary award, will he be too busy basking in his own greatness to notice?

This film, adapted by Jane Anderson from the sassy novel by Meg Wolitzer, provides a perfect vehicle for two venerated actor veterans. Here, they expertly interpret roles in which their expressions and interactions are at the very forefront of the close-focus narrative. Amusing, poignant and affecting, savour this tale of self-discovery and the premise that it’s never too late to start over.