Bethan Huws: Singing for the Sea 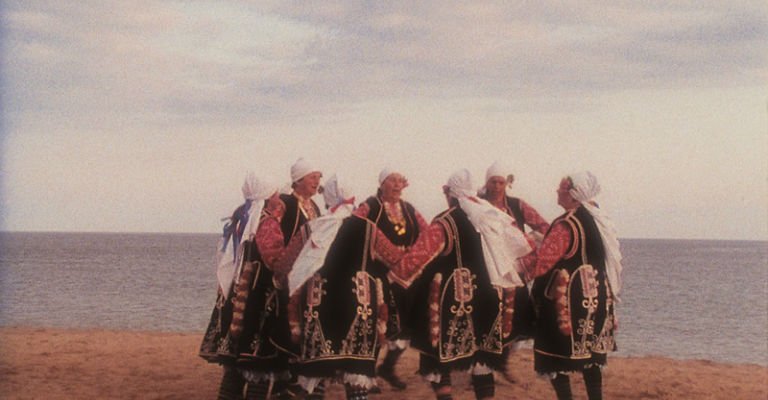 Berwick Visual Arts in partnership with Artangel presents ‘Singing for the Sea’ – a film installation by internationally acclaimed artist, Bethan Huws, which documents a group of eight female Bulgarian singers performing traditional songs on Sugar Sands, Northumberland, on the coast of the North Sea. Their performance, with haunting melodies combine with the rumbling of the sea to create a unique polyphony of sound and voice.

Singing for the Sea is part of The Artangel Collection, an initiative to bring outstanding film and video works, commissioned and produced by Artangel, to galleries and museums across the UK. The Artangel Collection has been developed in partnership with Tate, is generously supported by the Esmée Fairbairn Foundation and The Foyle Foundation and uses public funding from Arts Council England. Singing for the Sea has been loaned to Berwick Visual Arts by kind permission of TATE.