Beyond the End of the Road 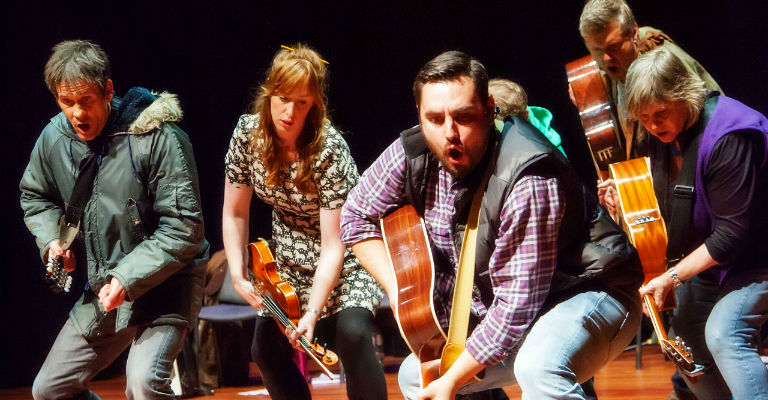 When the city meets the countryside, all is not what it seems… what’s the news beyond the end of the road?

Following a successful work-in-progress performance at Queen’s Hall Arts Centre, Hexham in September 2016, this new musical will premiere at Hexham Auction Mart and tour across Northumberland until early July.

Entertaining, poignant and thought–provoking, be prepared to hear tales of family, friends and home life, farming, choices and changes. Ending with a ceilidh, each performance will be slightly different, unique to that place, its people and its stories.

Produced by November Club in collaboration with Highlights Rural Touring, Beyond the End of the Road is inspired by folk and traditional music and performed by a professional cast of 10 actors and musicians, with special appearances from local talent.