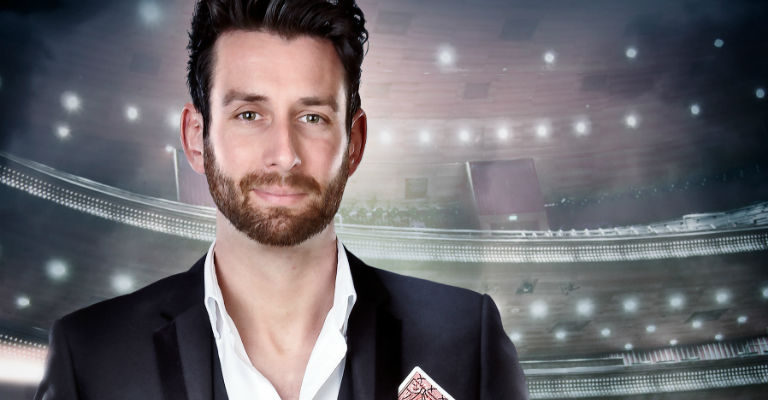 Tickets are available now, priced at £8 for the Family Magic Extravaganza on 15 March and £14 (£13 concessions) for the Friday and Saturday shows.

A MAGICIAN who shot to fame on Britain’s Got Talent is preparing to dazzle a North East audience after being added to the line-up for this year’s South Tyneside International Magic Festival (STIMF).

Jamie Raven, who finished runner-up in the 2015 show, is the latest name to be added to the performers list for the 15th STIMF, which is being held in South Shields over the weekend 16-18 March, 2018.

Jamie launched himself onto the unsuspecting British public in the ninth series of Ant and Dec’s ITV show.

His tricks were a massive hit with TV audiences and judges alike, with Simon Cowell famously exclaiming “I now finally believe in magic!” after being dazzled by Jamie’s act.

A magician with more than 15 years of experience, he has played sell-out shows across the UK, and is set to embark on a national tour later this year.

First, however, he will be heading to South Tyneside to appear in this year’s festival, which includes a three-day magic convention for professionals and the most ardent of fans, along with three public shows.

And his appearance at South Shields will mark his first ever convention as a performer.

“Believe it or not, this will be the first time I’ve taken part as a performer, although I spent many years attending conventions as I was learning the trade,” he said. “I’m really excited about it, because it’s something a bit different.

“It will be a chance to try out a few of my new tricks in front of an audience, and I’m looking forward to taking part in the convention, and meeting up with fellow magicians to swap some tips and ideas.

“I’ve got a busy year ahead, with performances in Dubai in April and then my own tour in September, so the festival will be a nice way to get ready, and I’m looking forward to it.”

Jamie will perform some of his trademark tricks and some new material for the public during the first Gala show on Friday 16 March, as he joins a line up including fellow magicians Andrew Green, Henri White and Javi Benitez.

The annual festival is run by South Tyneside Council, in partnership with The Customs House and Magicbox and supported by BBC Radio Newcastle.

Councillor Alan Kerr, Deputy Leader of South Tyneside Council with responsibility for Culture and Leisure, is excited to be welcoming another TV star to this year’s show.

“Jamie Raven was simply phenomenal when he appeared on Britain’s Got Talent, and I’m thrilled that we have managed to secure him for the event,” he said

“It’s fantastic news that he will take to the stage in the first of our two gala performances, and I am sure the audiences will be enthralled by his skills and expert trickery.

“To be able to attract such high profile names as this proves once again that South Tyneside International Magic Festival is a very well respected event within the magic industry, and it’s wonderful to see the event growing year on year and going from strength to strength.”

The 15th South Tyneside International Magic Festival will feature three public performances at The Customs House. These will begin with a Family Magic Extravaganza on 15 March, followed by two Gala shows on Friday and Saturday 16 and 17 March.