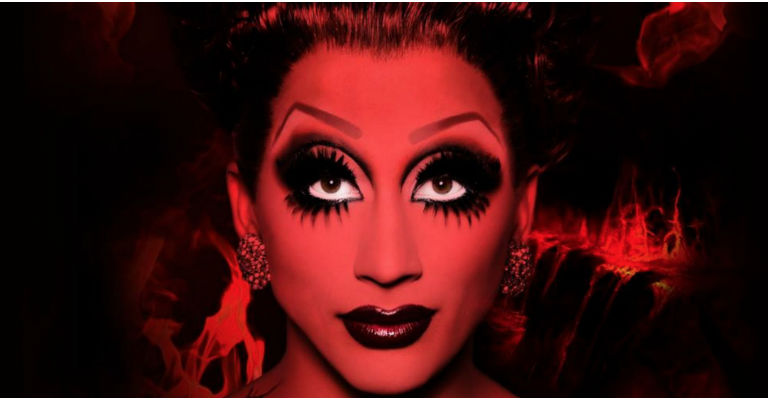 Bianca Del Rio is back with a bang! Season 6 winner of RuPaul’s Drag Race, self-professed ‘clown in a gown‘, Bianca Del Rio brings her new stand-up show, Not Today Satan to the UK for the first time ever!

Known for her foul mouth and unapologetic humour, The NY Times calls her “The Joan Rivers of the Drag World,” and Joan Rivers herself called Bianca’s humour “So funny! So sharp!”

Bianca’s first standup act – Rolodex of Hate toured the world with sold out shows for over a year before being ordered as an original streaming TV special by Vimeo and later, purchased for cable by Logo TV. In it she tackled the major events, people and places in her early life that shaped her into one of the world’s fastest rising insult comics.

Not Today Satan picks up right where she left off, chronicling her adventures since winning a certain well-known drag-focused reality show, becoming ‘gay famous’ moving to Los Angeles and the inherent challenges of dating and making a living as a man in a dress.

Bianca quotes: “When I’m not busy volunteering at the soup kitchen or knitting socks for orphans, one of my favorite pastimes is gathering the cold, huddled masses into a nice warm room, giving them shelter if only for an hour, and sharing valuable life advice from a hate guru!”

Variety magazine listed Bianca Del Rio as one of their ’10 comics to Watch’ in 2015.