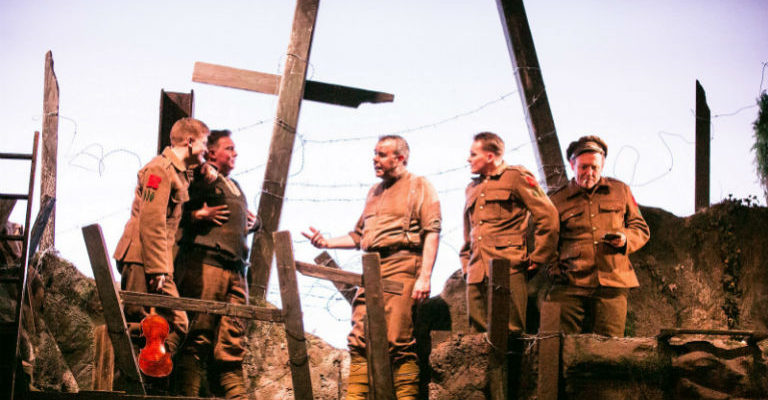 The critically acclaimed play tells a mesmerising story of love and courage before and during the First World War – and arrives in Durham as part of its tour marking 100 years since the guns fell silent.

The cast is headed by Tom Kay playing the lead role of soldier Stephen Wraysford, following on from his recent performance in Journey’s End on a battlefield in Ypres in 2017.

He will be joined by Madeleine Knight in the role of Isabelle Azaire, who together embark on a passionate and dangerous affair that turns both of their worlds upside down.

The play gives a poignant glimpse of life in the trenches, following Stephen’s journey leading his men through the carnage of the Battle of the Somme.

Author Sebastian Faulks said: “This the fourth and final tour of Rachel Wagstaff’s adaptation of my novel and as it coincides with the centenary of the Armstice in 1918, it comes with an additional air of celebration.

“The play has had a long life since its first incarnation in the West End in 2010 and audiences have always been warm and appreciative. I very much hope that this final will be a glorious one.”