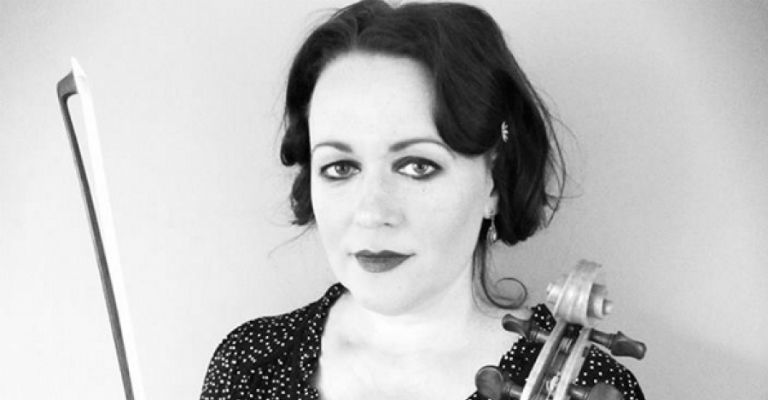 With a love of early jazz style, Emma Fisk and James Birkett present an entertaining and virtuosic programme inspired by the great jazz violin and guitar partnership: Joe Venuti and Eddie Lang. The duo’s debut at Newcastle Jazz Cafe in July was featured as one of The Guardian’s ‘Editor’s Picks’.

The names of Django Reinhardt and Stephane Grappelli are familiar to many as pioneers of string-based swing jazz. Less universally known are the names Joe Venuti and Eddie Lang, the Italian-American duo who played hot violin and guitar jazz in the 1920s and 30s until cut short by Lang’s untimely death in 1933. Joe Venuti has been referred to as ‘the father of jazz violin and was a leader in the development of jazz violin techniques and style, while his musical partner Eddie Lang is widely regarded as the first jazz guitar virtuoso.

Bringing together their shared knowledge of early jazz styles and improvisation, Emma Fisk and James Birkett present an entertaining, virtuosic and informative programme of music associated with and inspired by the first great jazz violin and guitar partnership. A typical performance includes  original compositions by Venuti/Lang including Cheese & Crackers, Sunshine, Black and Blue Bottom; jazz standards of the 20s and 30s such as Pardon Me Pretty Baby, Hiawatha’s Lullaby, My Honey’s Lovin’ Arms, Dinah and I’ve Found A New Baby ; original compositions that explore the duo’s soundworld, and some of James and Emma’s favourite tunes played a la Joe and Eddie.

Emma Fisk has attracted critical acclaim for her performances of Venuti’s repertoire at UK jazz festivals and was featured in the musical role of Joe Venuti with The Jazz Repertory Company at Cadogan Hall as part of the 2015 London Jazz Festival. James has been performing Lang’s repertoire since he was introduced to this music in the late-70s. However, it is only now that he has realised his ambition to recreate the duo repertoire of Lang and Venuti in concert in the original duo setting with Emma.

The duo made its debut at Newcastle Jazz Cafe this summer  but already has gained rave reviews and capacity crowds at the venues they have visited. James and Emma are currently preparing material for an album, which will be ready for release in 2017.