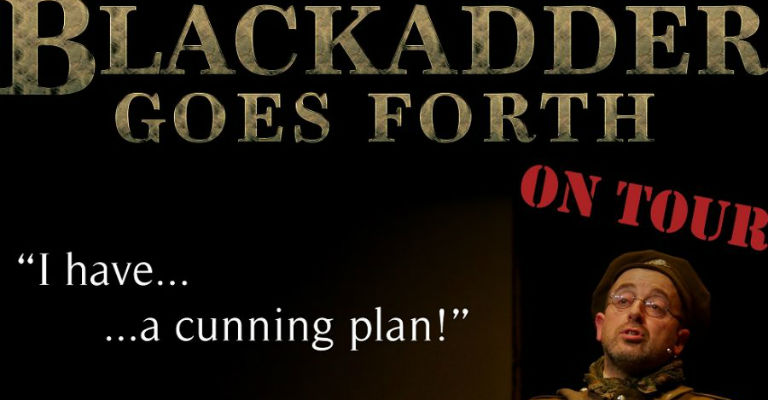 Tickets are priced £15, £14 concessions. Early Booking Offer before 1st September: £13, £12 concessions (Plus booking fees when booking online or over the phone)

This Remembrance weekend join Captain Edmund Blackadder and his fellow dugout companions Baldrick and George on the Western Front. Can they continue to escape from Melchett’s disastrous battle plans?

Set in 1917 on the Western Front, in the trenches of the First World War, this incarnation of Edmund Blackadder sees him as a Captain in the British Army, finding himself trapped in the trenches – with another ‘big push’ planned. His concern is to avoid being sent over the top to certain death not helped by the general incompetence of his comrades.

This is an amateur production.

There will be a bucket collection for The Royal British Legion.

Exclusive Friends Club pre-sale Wednesday 2nd August – to find out more about becoming a Friend of the Theatre click here. (Friends will receive a pre-sale link to purchase tickets via email)