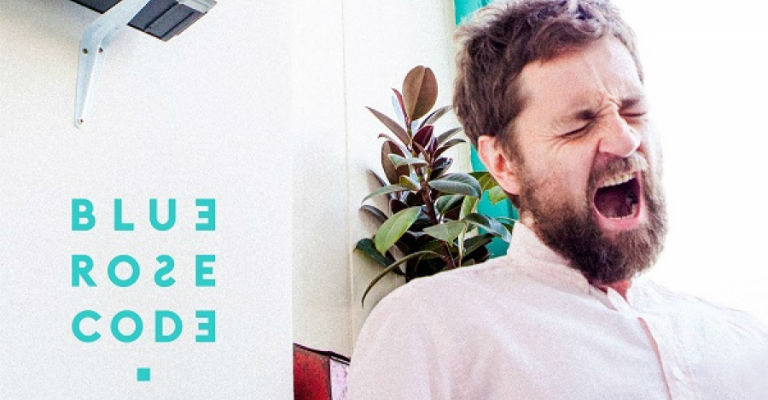 Ross Wilson presents his Celtic lullabies and Caledonian Soul that are ‘elegant, eloquent and immensely stirring’. AMPPICKER. Enjoy latest songs on the release of Ross’s upcoming album, The Water of Leith.

In the space of only a short few years and two stellar albums, Blue Rose Code, Edinburgh-born Ross Wilson, has gone from song-writing in the obscurity of an East London flat to being celebrated by the industry and fans alike as a legacy artist whose work stands alone. As BBC Radio 3 broadcaster Mary-Anne Kennedy said recently, “Blue Rose Code is one of those rare artists whose work makes you sit up and listen”.

The Ballads Of Peckham Rye, Blue Rose Code’s second record, was nominated for the prestigious Scottish Album Of The Year Awards in 2014 and featured a roll-call of remarkable talent, including Danny Thompson, Karine Polwart, John Wetton, Aidan O’Rourke and Kathryn Williams.

‘GRATEFUL’, the first single from the new album was released at the end of 2015 and was playlisted on BBC Radio Scotland for a full five weeks. Truly remarkable for an act without the backing of a label or a heavy management deal.

Further praise has come from the most unexpected of quarters in Hollywood A-lister, Ewan McGregor. Ewan explained, “My uncle Denis Lawson, (star of Local Hero) gave me a copy of The Ballads Of Peckham Rye, it’s beautiful and I can’t stop listening to it.”

Performing live he is stunning, and this reputation led Edith Bowman to personally ask Ross to perform on the launch show of BBC At The Quay with Texas and Stornoway. Edith described Ross’ performance with a nine-piece band, including guest Karine Polwart, as “truly special and beautiful”.