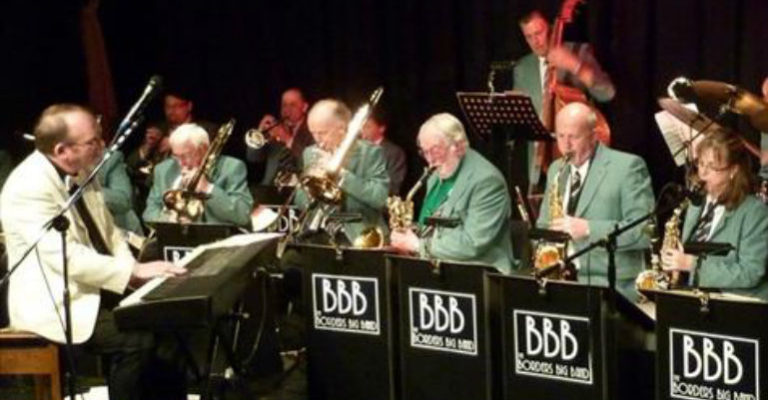 Join the Big Borders Band as they transport you back to a time when the Kings of Swing ruled the music scene.

The Borders Big Band is an 18-piece band that has been in existence for over 35 years performing throughout the South of Scotland, Scottish Borders, North Northumberland, Edinburgh and Fife.

They have attracted some of the finest talent in the country, further mentoring and nourishing the abilities of up and coming musicians and have a proud record of excellence with many ex-players now performing worldwide. In the past guest professional musicians like the great trombonists Don Lusher and Gordon Campbell and world-renowned trumpeter Kenny Baker have fronted the Borders Big Band.

Under the expert guidance of its musical director Chris Achenbach, the Borders Big Band continues to flourish, not only promoting the music of the Big Band repertoire but also raising money for many good causes along the way.