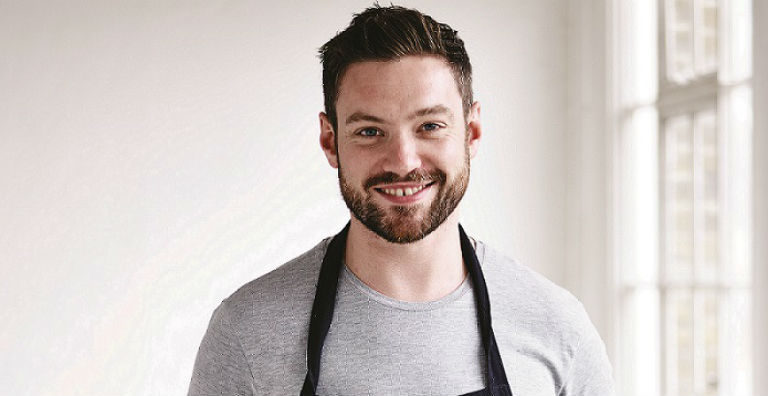 Two of Britain’s finest chefs are heading for the North East as Dan Doherty and Jack Stein bring their culinary talents to this year’s Bishop Auckland Food Festival, taking place from Saturday 21 to Sunday 22 April.

Dan Doherty is currently chef director at London’s prestigious Duck & Waffle restaurant, located on the 40th floor of Heron Tower – one of the country’s tallest skyscrapers – and will appear in the Cookery Theatre on Sunday, 22 April.

“I’m delighted to be joining the Bishop Auckland Food Festival and look forward to tasting what delights the region has on offer,” said Dan.

Dan was most recently announced as a judge alongside Mary Berry and Chris Bavin on the BBC’s latest cookery programme, Britain’s Best Cook, due to air in April. Dan is known for his innovative, playful and indulgent cooking style, with a number of awards and accolades under his belt as well as two cookery books.

His appearance on Sunday will follow Jack Stein’s demonstrations on Saturday, 21 April, having followed in his famous father Rick’s footsteps to head into the kitchen.

Jack is the chef director for the Stein family’s twelve restaurants and runs a ‘Cook with Jack Stein’ course at Rick Stein’s Cookery School, allowing students to cook alongside him and engage with some of his latest recipes.

He added: “I’m looking forward to meeting fellow cooking enthusiasts who share our passion for food so we can share ideas and flavours.”

The Cookery Theatre offers limited tickets at just £5 each to exclusive cookery demonstrations from the festival’s special guests including This Morning’s Phil Vickery and 2016 Great British Bake Off winner Candice Brown.

The festival will also see around 130 traders offering a diverse range of sumptuous food and drink, from across County Durham as well as further afield, showcasing their produce across the town’s historic market place.

From traditional foods to new and exciting ‘street foods’, every taste is catered for while some of the finest local ales, liqueurs and spirits will be on offer alongside delicious fizz and cocktails.

Whether you want to sample the street food or take back some tasty treats to enjoy later, the festival promises to be a great day out for all the family.