Buddy Holly and The Cricketers: Holly at Christmas 2020 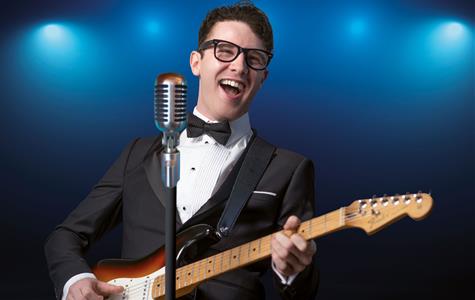 Buddy Holly and the Cricketers once again herald in the Yuletide festivities with Holly at Christmas, the show that is now as traditional as mulled wine and mince pies!

Holly’s hits, other contemporary classics and some Christmas crackers are all wrapped up in a fast, furious and funny feast of entertainment to make the perfect gift for all the family.

Whatever the season, whatever the excuse to party, make your Heartbeat a little faster with the show that has thousands of fans the world over saying: “I can’t believe it’s not Buddy!”