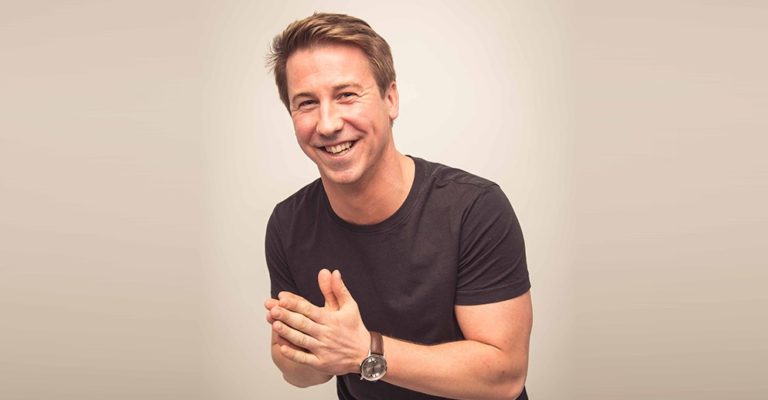 The Tyne Theatre and Opera House have announced their first show with an audience  since before lockdown. Comedian Carl Hutchinson will be taking to the Tyne Theatre stage on Saturday 10th October 2020 for an hour of stand-up to a socially distanced audience.

Tickets for ‘Carl Hutchinson is Allowed to Play Out Again’, which went on sale on Monday 7th September, are being sold in social bubbles of two and four – and are selling fast. In addition to the socially distanced seating, the theatre is taking numerous other precautions to ensure the safety of their staff and audiences including the compulsory wearing of masks and temperatures being taken on arrival.

The Tyne Theatre hosted a series of free live stream shows over the summer including numerous comedy streams hosted by Carl Hutchinson. These shows were part of the theatre’s ‘Be Our Ghost Light’ campaign, to raise donations in support of the venue facing a dramatic loss of income.

Theatre Director Joanne Johnson has said “our LIVE from the Tyne events were a great way for us to continue to entertain even when we couldn’t have people in the auditorium. However, there is nothing that can match the joy and atmosphere of live entertainment, with an audience right there in the room. We can’t wait to reopen our doors and safely welcome back our patrons for this significant and special show.”

Tyne Theatre and Opera House is known for having a strong comedy programme with names such as Sarah Millican, Chris Ramsey, Romesh Ranganathan,  Vic and Bob, Dylan Moran, Katherine Ryan, Ed Byrne, Count Arthur Strong, Ben Elton and James Acaster all having taken to the Tyne Theatre stage in the last five years. It seems only fitting that the venue reopens with a celebration of comedy.

Carl Hutchinson has said “The Tyne Theatre is such an important venue to me. It was the first big venue in Newcastle I sold out under my own name. There’s something about that room that’s just perfect for comedy. I was proud to be the guy leading the way with the LIVE from the Tyne comedy streams and am absolutely thrilled to be the first person playing it post-lockdown. I’m a massive fan of comedy and I hope people can see that in the show. Bring it on!”

As an independent venue, the Tyne Theatre and Opera House relies entirely on ticket sales and donations to survive and keep the theatre’s 150+ year heritage alive. In addition to buying tickets for upcoming shows, you can also support the theatre directly by donating, joining their Friends’ Club or naming a seat.