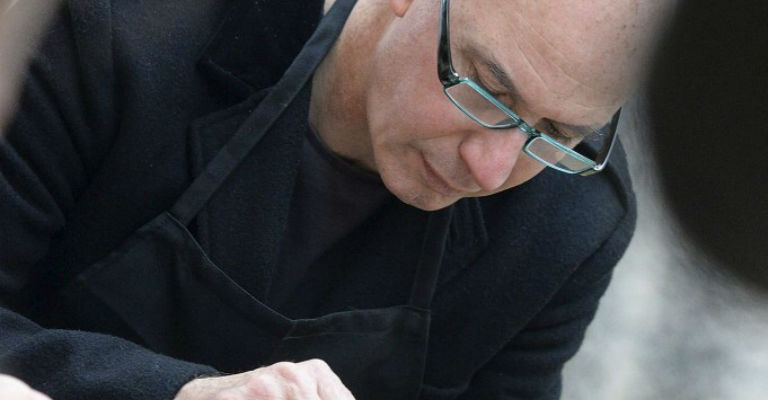 Art, design, craft and technology are often considered as separate disciplines. However, there is a long, alternative tradition that views them in a holistic way, both as tools for learning and as part of a wider culture that values making as central to society.

This integrated understanding of creative practice manifests in various lines of thought, organisations and movements. Examples include the ‘mechanical arts’ of medieval times; the Mechanics Institutes and the Arts and Crafts of the nineteenth century; the Steiner schools, Bauhaus, Black Mountain College, and Pedagogy of the Oppressed in the twentieth century; and makerspaces of today.

This display brings together works from the Middlesbrough Collection, with an emphasis on ceramics and contemporary jewellery. The pieces are grouped thematically, allowing connections to emerge through social use. Rotating presentations feature projects devised by local constituencies and artists who explore topical issues.

Here you can research the Middlesbrough Collection, join regular workshops, organise meetings, and lead or participate in making sessions.

The Middlesbrough Collection was inherited from the former Cleveland Crafts Centre, Cleveland Gallery and Middlesbrough Art Gallery. It holds approximately 2,250 works from around 1900 to the present time, with strengths in post–Second World War British and international drawing, twentieth-century British ceramics and contemporary international jewellery.

One significant segment of the Middlesbrough Collection, devoted to innovative ways of understanding and practicing jewellery, was initiated at Cleveland Craft Centre in the early 1980s under the guidance of the curator Ralph Turner. Artists Otto Künzli, Emmy Van Leersum and Gijs Bakker and Wendy Ramshaw are among many who were key to the development of a new, experimental approach to jewellery from the 1960s onwards. Their works explore utility, narrative, value, material, shape and scale.

The ceramics in the Middlesbrough Collection chart the evolution of the Studio Pottery movement from the early 1900s to today, focusing on British production. This section includes items by the renowned UK-based ceramicists Hans Coper, Lucie Rie and Bernard Leach as well as sculptural pieces by artists Grayson Perry and Edmund de Waal, among others. Their works suggest considerations of function and decoration, and how the two can intersect in surprising manners.