CHAMPION MOTORBIKERS REVVING UP FOR A NIGHT AT RAMSIDE… 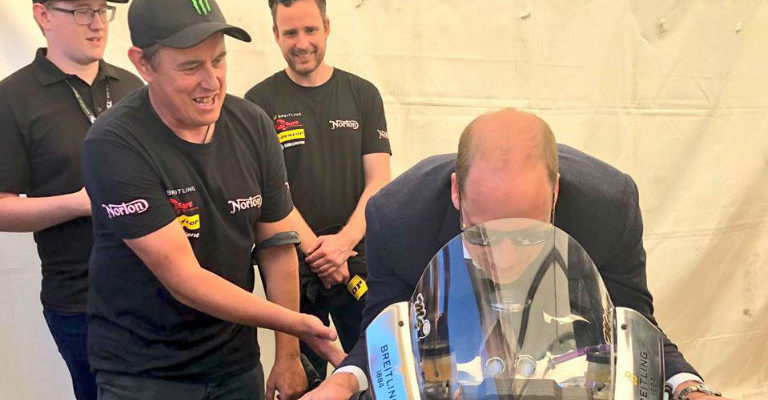 A CHAMPION TT racer will be swapping his bike for a microphone, when he appears at a County Durham hotel.

Motorbike star John McGuinness – who chalked up an amazing 23 wins at the Isle of Man TT races – will be appearing at Ramside Hall Hotel, Golf and Spa to share stories from his amazing career.

And he’ll be joined by another sporting legend, former British motorcycle champion James Whitham, who will be conducting an in-depth interview with John, followed by a Q and A session with the audience.

John will be bringing some of his bikes to the event, with the audience also being able to get a real feel for riding on the TT track, thanks to a filmed lap which will be seen on a big screen.

Ramside Hall is the only venue in the North East to host the McGuinness and Whitham On Tour event and offers a rare opportunity for fans of motorcycling to hear from two of its biggest stars.

Both men will talk candidly about the challenges they’ve faced – in McGuinness’ case a serious accident last year which looked as if it would end his career.

Despite that he made a triumphant return to the Isle of Man earlier this year, winning the Bennetts Senior Classic TT Race.

James Whitham has overcome his own serious health issues and is now a regular television commentator.

“I always look forward to these events, it’s a chance to meet the fans and have plenty of banter,” said John.