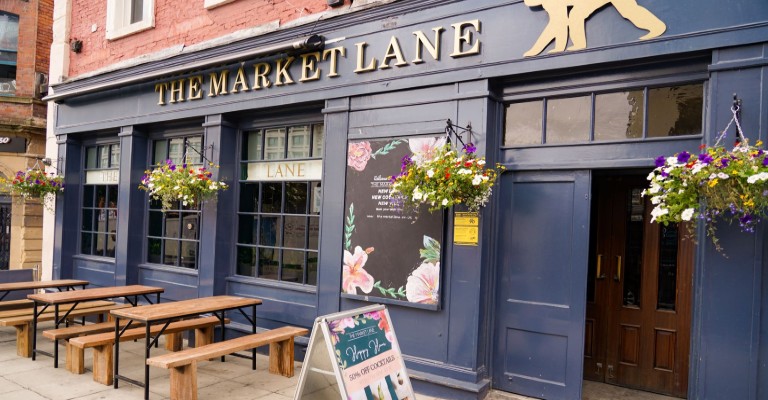 Malhotra Group plc – which owns bars, hotels and leisure outlets across the city – has announced that this year its Christmas pop up bar, which is normally at Leila Lily’s, at Grey Street, will instead be sited at nearby The Market Lane.

And the bar, which will open for business on 11 November, will be called Christmas on Pilgrim Street, at The Market Lane.

For more than 150 years, the venue – known as the Monkey Bar – has been a firm fixture on Newcastle’s nightlife circuit.

Originally called the Old Market Lane Hotel, the pub – which can trace its history back to around 1850 – was a popular watering hole for the Irish bricklayers who helped build much of Victorian Newcastle.

Legend has it that they used to leave their hods, or monkeys, in the passageway as security against their bar bill – giving the venue the nickname it still bears today.

But, following major investment by the Malhotra Group, it is now a stylish

And the opening of Christmas on Pilgrim Street, at The Market Lane, will take the festive atmosphere to whole new level.

Not only will decorations be provided by The Christmas Decorators – which counts the Royal Family and Hollywood big hitters Steven Spielberg and Mariah Carey, among its clients – but it a new menu of specially created festive cocktails has been created.

These include The Grinch Who Got Mortal; a blend of El Jimador tequila, Wray & Nephew and Midori, with apple and lime juice, sugar and lemonade and It’s Beginning to Look a Lot Like Christmas, with Tanqueray gin, glitter citric acid, sugar and lemonade syrups and penguin or polar bear shaped ice cubes.

For more information about Christmas on Pilgrim Street, at The Market Lane, including opening times, visit www.malhotragroup.co.uk.