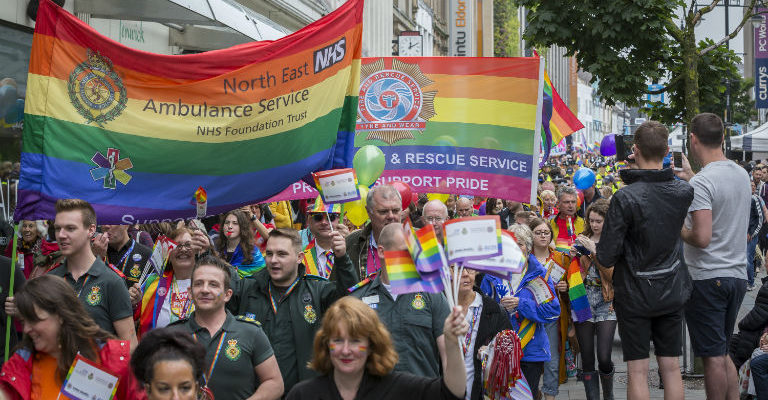 ONE OF the UK’s largest, free LGBT festivals is inviting people to don their best clothes and raise money for charity at the same time.

The Black Tie Ball is organised by Newcastle Pride – which is sponsored by business improvement district NE1 – and will take place on 28 June at the Crowne Plaza.

Guests are invited to join Newcastle Pride at the annual fundraiser, for a three-course meal and an evening of entertainment, including a disco until late and a raffle with some fantastic prizes to be won.

The event, which starts at 7pm, will also feature live performances from the Shelley Stevens Show and the Storm Function Band, who will be covering a range of genres and much-loved classic songs.

“The Black Tie Ball is always a popular event and we have some brilliant acts lined up this year,” said Stephen Willis, festival director of Newcastle Pride.

“Newcastle Pride is one of the largest, free festivals of its kind in the country and events like this are essential in order to sustain that for the future.

“It’s a great excuse to unwind and get in the party spirit in the lead up to Pride, so we hope people get out their glad rags and join us for a fantastic night of fun.”

Newcastle Pride takes place 20 – 22 July and recently announced Alexandra Burke and S Club as headliners over the weekend, with more acts still to be announced.

The popular festival was attended by more than 73,000 in 2017 and generated more than £9.2 million for the local economy.