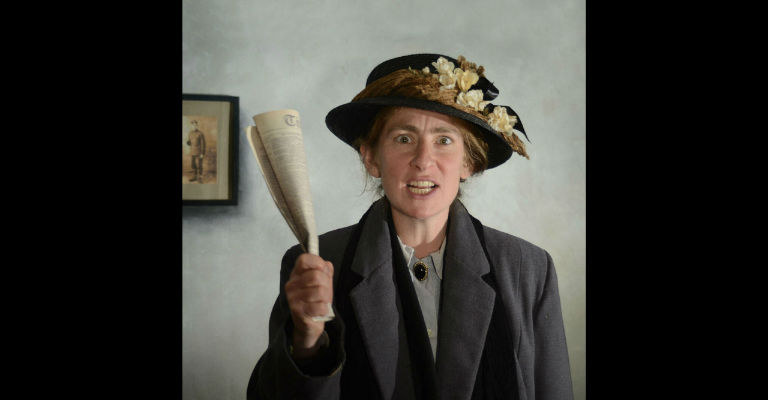 Wrong ‘Un, A Suffragette’s Story by Boff Whalley is set in February 1918 where Parliament is poised to grant what the suffragettes have been fighting for – votes for all women.  After years of direct action, imprisonment and force-feeding, it seems their time has come. This is the story of a Lancashire mill-girl on her journey from schoolroom to prison cell and beyond.

This really is too much: Outlandish and highly entertaining, this piece of dance theatre delves into a world of farcical stereotypes and preposterous power struggles. Watch four characters bend over backwards in an attempt to be 3-dimensional, high definition, water-drinking, salad-eating, moisturizing WO-men in modern society.