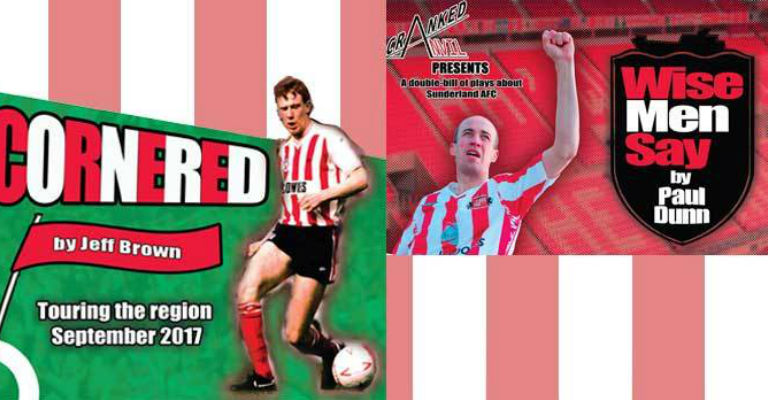 A double-bill of plays about Sunderland AFC

On 24th of March 1985, a dream comes true for a young football player from Sunderland.  Just 18 years old, Dave Corner runs out onto the hallowed Wembley turf, to play in a cup final for his beloved home team. Less than 90 minutes later, a slip up on the pitch turns the dream into his worst nightmare – from which his pride, his physical safety, and ultimately his career, never recovers.

This funny and at times poignant play by BBC Look North’s Jeff Brown finds out what happened to Davey Corner after that fateful day against the Canaries.

In 1997, Jimmy’s beloved Roker Park was pulled down. What could possibly replace this ground? This hallowed turf? This sanctuary? Nothing, so Jimmy thinks. But then rises a Phoenix from the flames – a Stadium to bring new dreams, new hope. New Light.

This bittersweet comedy by Paul Dunn charts one man’s journey through 20 years of the ups and downs of life, work, love and loss – and following the Lads at the Stadium of Light!