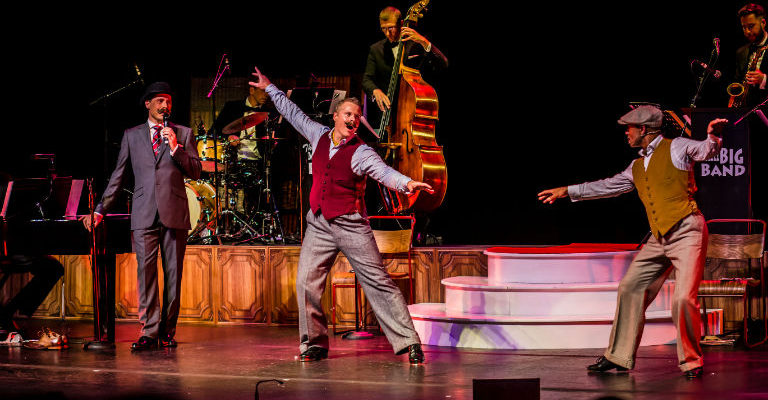 Calling all fans of Rat Pack and the American Song Book!

Crooners is a brand new music show bringing all your much-loved, Big Band hits to the stage, with a very unique and quintessentially British twist on the genre.

Packed with personality and humour, Crooners follows the story of three British gentlemen who ooze the characteristics of a crooner – suave, self-assured, stylish – weaving their way through an impressive back catalogue of hits including Come Fly With Me, Beyond the Sea, Fly Me to the Moon, Mac the Knife and many, many more.

Written in conjunction with comedy writer and performer Roman Marek and performed alongside Manchester City and Northern Irish International footballer Jim Whitley and UK’s most in demand Dean Martin Tribute singer Philip Barley, as well as one of the most prolific swing bands in the UK, The Mini Big Band, this show promises to be one swingin’ affair!