Daliso Chaponda: What The African Said… 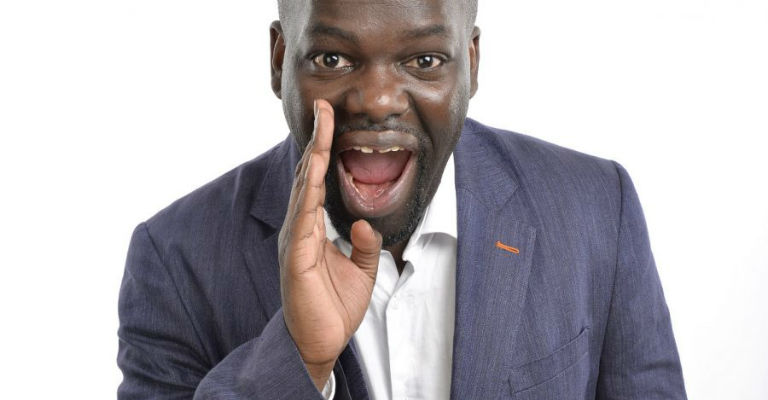 Tickets are priced £15.50 (Plus booking fees when booking online or over the phone)

“My face is hurting from laughing” –  Alisha Dixon

“You should be a comedy super star” – David Walliams

“I could see you hosting your own show” – Simon Cowell

Britain’s Got Talent and Amanda Holden’s golden buzzer act, comedian Daliso Chaponda has announced his debut stand-up tour for 2018 entitled ‘What The African Said…’.  The Malawian born stand-up was a standout star from this year’s show, capturing the nation’s hearts and garnering over 8 million Facebook views and 9 million on Youtube.  The ‘What The African Said…’ tour takes in 31 dates across the UK starting on 8th February at Nottingham’s Glee Club and culminating on 27th April at Edinburgh’s Queens Hall.  Daliso has also just been confirmed for his own Radio 4 series entitled Daliso Chaponda: Citizen Of Nowhere.

“…Laughter is how I cope with pain.  I have seen and experienced some horrible things but laughter helped me cope.  Telling jokes is repaying the favor.  This show is my thanks to the laughter.”  DALISO CHAPONDA JUNE 2017

Daliso Chaponda has lived in countries where the press is not allowed to criticize the government, and in others with no libel laws where they can say anything. He has been both a journalist and a jaded newsreader. He is the perfect comedian to discuss what the media has become, which he does in his hilarious new show ‘What African Said…’. The show is about recent news, old news, fake news, and stories that were never quite but ALMOST news. It is also a show about the things we say to each other; gossip, tall stories and of course declarations of love.

His father was a refugee who became a diplomat and he therefore grew up bouncing from country to country. He always wanted to be a novelist, but his family pressured him to study programming and he ended up at university in Canada. During this time he wrote funny science fiction that occasionally got published. He had never seen stand-up comedy until he went to Montreal Just for Laughs.  There was no comedy circuit in Malawi so he eventually moved to the UK and started performing at open mic nights that led to circuit gigs.

A few years ago he did his first ever comedy show in Malawi, which became a massive success, and after that he started to be booked on big African shows. Then, just as he thought of moving back to Malawi and becoming the Malawi McIntyre, he did jokes about the Malawi President and his own father (who was the cabinet minister).  This received a huge amount of media attention and the Malawi censorship board threatened to arrest him.  This is not the only time his humour got him into trouble.  Doing pro-homosexuality material in response to gay men being arrested and criticizing a Zimbabwean prophet got him a lot of hate mail!  This made him realise that he wanted to keep doing edgy comedy material but in no way could he move back home to Malawi!

Daliso has appeared at many festivals that have included Melbourne, Edinburgh, Singapore and Cape Town Festivals. He is also a prolific fiction writer and has had his science fiction, murder mysteries and fantasy fiction published in numerous magazines and anthologies. He also co-wrote a play recently that aired on BBC Radio 4.