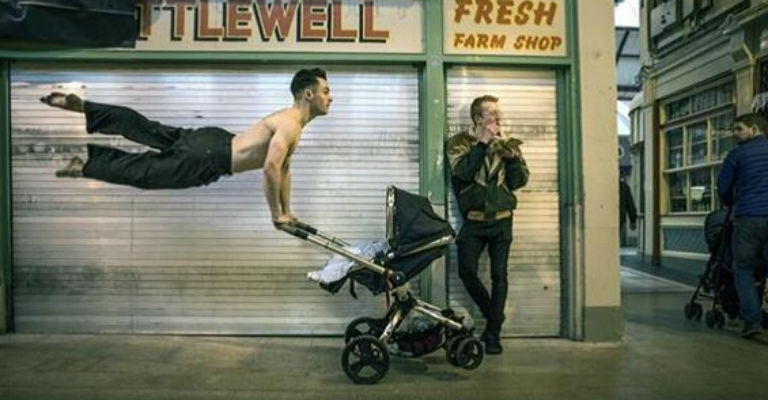 Expect the unexpected in this compendium of North East-based dance makers. Featuring new commissions by Dance City plus special appearances by invited guests.

Robert Anderson, “Them”
Robert draws inspiration from the movement and social patterns of carnivorous animals and fictional creatures. Depicted through a young couple their dark and comical world unfolds as they prepare to host guests.

Alice Henry, “Muse”
This piece is a physical exploration of the elite athlete’s physical and mental capacity. The work addresses themes of strength, power and peak performance, of expectation, pressure and confidence, yet also weakness, vulnerability and fragility in the unattainable pursuit of the superhuman.

Ella Mesma, “Foreign Bodies”
This piece explores what it is to be a “citizen of the world”. Exploring themes around migration, immigration, body identity, trafficking and race, “Foreign Bodies” refers both to the stories of refugees, the need to relocate and the migrant experiences once in a new country, as well as to the term as it is used in the medical profession.

Nicole Vivien Watson, “Cold Colour”
Nicole aims to physically communicate the effects of colour and light on emotional and psychological responses through the mediums of movement and choreography.

Patrick Ziza, “Untitled”
Dressed in tailored suits, the men elegantly smoke on their pipes and stroll the impoverished streets in immaculate footwear. In Central Africa true dandyism serves as something closer to a religion; a code of living.

George Williams, “Wired”
From the comfort of his bedroom George forges connections to all that is special to him: Music, games, the world-wide web and more. At times a hive of activity, at others a sanctuary, George’s bedroom is the centre of a world where even everyday objects can become a playground. The line between entertainment and distraction has never been so blurred. It’s hard to focus when you’re this wired.

WIRED is a solo by George Williams, an independent dance artist supported by TIN Arts as part of their Emerging Dance Artists Programme. WIRED is funded by Arts Council England through their Grants for the Arts.
www.tinarts.co.uk @tinarts