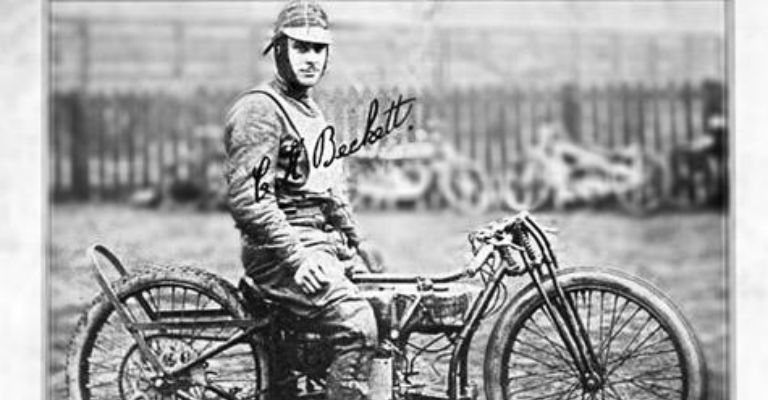 SPAIN 1936: When Fascism clutched at the throat of the Spanish people threatening a foul tyranny and the menace of war in Europe, Clem “Dare Devil” Beckett felt at once that his place was in freedom’s rank and joined many other volunteers that formed the International Brigades.

Not for nothing did he earn the name, “Dare Devil”. He was loved by the masses for his great daring, courage and skill on the Speedway track. He was a man of the people, and the same fight he used against money-sharks and corruption in his sport, he used to defend democracy against Franco’s rising fascist army.
In Spain Clem developed an unlikely friendship with literary critic, writer and poet Christopher Caudwell; but a common cause had brought them together and they died at their machine gun post covering their battalion’s retreat at the Battle of Jarama in February 1937.

Following the success of ‘The Ragged Trousered Philanthropists’, ‘We Will Be Free!’ and ‘United We Stand’, Townsend Productions’ new play, commissioned by the International Brigades Memorial Trust, commemorates and celebrates the contribution and sacrifice of the volunteer International Brigades on the 80th anniversary of their creation with stirring contemporaneous songs, live music and poetry.