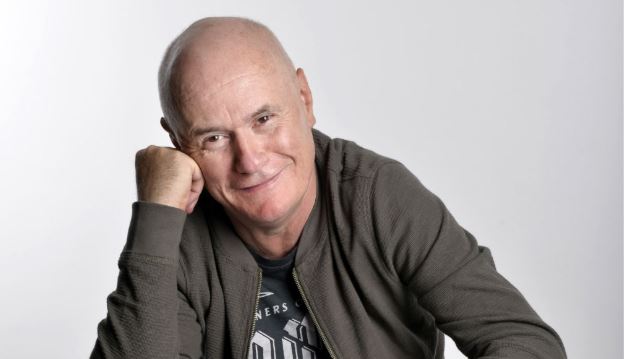 Dave Johns has been a stand up comic for nearly 3 decades touring his one man shows worldwide. He is a multi award-winning film actor, accomplished stage actor and respected stand-up comic.

He is perhaps best known for playing the lead role in Ken Loach’s feature film I, Daniel Blake for which he won the 2016 BIFA for Best Actor. He also won Best Actor at the Dublin Film Critics Circle and Best Newcomer at the EMPIRE Awards. Other nominations included Best Actor at the 2016 European Film Awards, Evening Standard British Film Awards and Critics’ Circle Awards 2017.

I, Daniel Blake won the 2016 Palme d’Or at Cannes Film Festival and also the award for Outstanding British Film at the 2017 BAFTAs.

‘hilarious and emotional… one of the unlikeliest, most uplifting stories you will ever hear” The Guardian

His most recent films; Fisherman’s Friends is in cinemas 15th March 2019 and The Keeper – Trautmann is due for initial release 6th April 2019.

Other notable credits include Walk Like a Panther and Two Graves. Stage credits include Shawshank Redemption and One Flew Over The Cuckoo’s Nest. Currently filming his new lead role ‘23 Walks’ alongside Alison Steadman due to be released in 2020

‘Science says that laugher releases millions of endorphins that produce a feeling of euphoria – laughing can also make you wee yourself. I can’t wait to make you laugh and wee yourself on my new UK tour’ Dave Johns