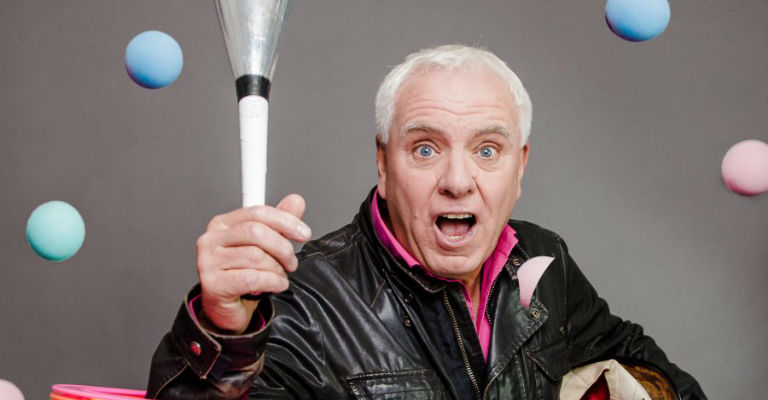 Dave had been working in the NHS for 19 years as a Biomedical Scientist when in 1987 someone uttered the immortal words, “You’re really funny, you should be a comedian” and for some reason, he took them seriously!

Only a few short months later he was crowned the winner of the national talent show “Stairway to the Stars”. Larry Grayson, one of the judges, told him that it was a close run thing on the night but what clinched the award for Dave was his routine about a juggler on a motorbike.

Fast forward 13 years (Is that possible?) to Friday 13th October 2000 , the day Dave switched off his microscope for good and found himself, the following Monday, sitting on rain swept local car park dressed as a giant berry! So now in 2017 he celebrates the 30th anniversary of his comedy career.

In this show he will look back on his remarkable life and his incredible journey from working class lad to Chief Biomedical Scientist to much loved comedy performer and writer via Phoenix Nights, Eight out of Ten Cats, Bullseye, Dead Man Weds, Magnolia, The Royal Variety Show, Parkinson and many more. He often reflects that maybe none of this would have happened and he might still be looking down his microscope today if it wasn’t for the juggler on the motorbike.