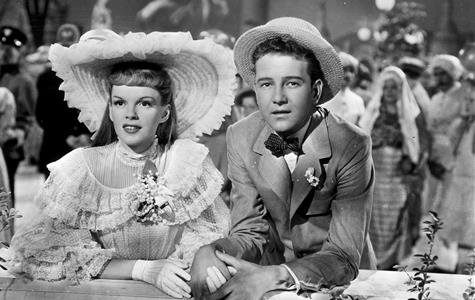 Since we started Dementia Friendly Screenings in May 2018, the positive feedback has been overwhelming, with our customers saying “we had the best day out with our service users and can’t wait to come back again! It was such a delight for us all to have a fun, relaxed trip out together”.

We’re proud to host our fourth season of specially selected film classics this year. These monthly screenings have been tailored to the needs of those living with dementia, their families, friends and carers but everyone is welcome to join us!

St. Louis 1903. The well-off Smith family has four beautiful daughters, including Esther and little Tootie. 17-year old Esther has fallen in love with the boy next door who has just moved in, John. He however barely notices her at first. The family is shocked when Mr. Smith reveals that he has been transfered to a nice position in New York, which means that the family has to leave St. Louis and the St. Louis Fair.

What to expect from a Dementia Friendly Screening:

All screenings take place in our Henry Travers Studio, with a combination of raked seating and chairs and tables on a level floor.

We won’t be showing trailers or adverts, so films start promptly at 2pm. Doors will open 20 minutes before, so there’s plenty of time to find a seat.