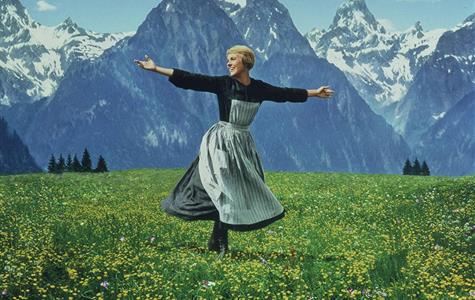 Since we started Dementia Friendly Screenings in May 2018, the positive feedback has been overwhelming, with our customers saying “we had the best day out with our service users and can’t wait to come back again! It was such a delight for us all to have a fun, relaxed trip out together”.

We’re proud to host our fourth season of specially selected film classics this year. These monthly screenings have been tailored to the needs of those living with dementia, their families, friends and carers but everyone is welcome to join us!

A tuneful, heartwarming story, it is based on the real life story of the Von Trapp Family singers, one of the world’s best-known concert groups in the era immediately preceding World War II. Julie Andrews plays the role of Maria, the tomboyish postulant at an Austrian abbey who becomes a governess in the home of a widowed naval captain with seven children, and brings a new love of life and music into the home.

What to expect from a Dementia Friendly Screening:

All screenings take place in our Henry Travers Studio, with a combination of raked seating and chairs and tables on a level floor.

We won’t be showing trailers or adverts, so films start promptly at 2pm. Doors will open 20 minutes before, so there’s plenty of time to find a seat.