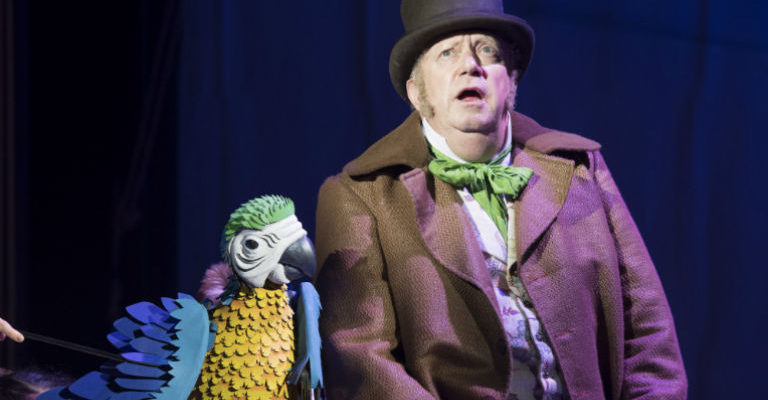 You’ve never seen anything like it! Doctor Dolittle returns to the stage in Leslie Bricusse’s acclaimed family musical.

Join the eccentric Doctor, his human companions and his exotic menagerie of animal friends on an extraordinary adventure to find the Giant Pink Sea Snail, that holds the secret of life and making the world a happier place. With help from the Pushmi-Pullyu and his trusty sidekick Polynesia the Parrot, the larger-than-life Doctor Dolittle teaches us not only to talk to the animals but to listen to them as well!

Based on the popular 1967 film with Rex Harrison, this spectacular new stage show stars Mark Williams (Father Brown, The Fast Show, 101 Dalmatians, The Borrowers, Shakespeare in Love and seven of the Harry Potter film series) as Doctor Dolittle. Joining his exciting journey are the superb Adèle Anderson(Fascinating Aïda) as Lady Bellowes and the dangerous Poison Arrow, the hilariousVicky Entwistle (Coronation Street, Ackley Bridge, Les Misérables) as his trusty side-kick Polynesia and with Brian Capron (Coronation Street, Grange Hill, Where The Heart Is) playing both the vivacious Albert Blossom and the mighty Straight Arrow.

This exciting musical adventure is brought to you from the producers of Chitty Chitty Bang Bang and The King and I and promises stunning visual puppetry, all your favourite songs and fun for all the family.