Douglas Gordon at The Gymnasium Gallery 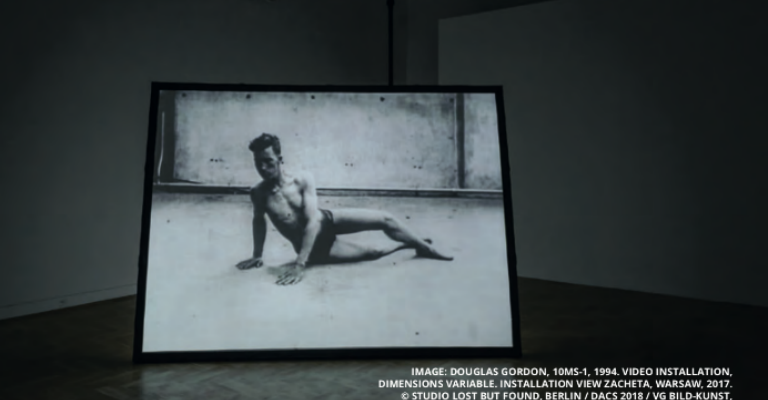 Berwick Visual Arts presents the work of Scottish artist Douglas Gordon, winner of the Turner Prize in 1996 and the Premio 2000 at the 47th Venice Biennale in 1997. Much of Gordon’s work is about memory and uses repetition and material from the public realm to overturn traditional uses of video by playing with time elements and employing multiple monitors.

Two works are presented within the context of Berwick’s former military gymnasium. Gordon’s major installation 10ms-1, 1994 from Tate’s own collection contains footage of a medical lm from the First World War, documenting the attempts of a psychologically injured man to stand up and walk, recording the real symptoms of war trauma.

Showing alongside this is Looking Down With His Black, Black, Ee, 2008 which takes its title from a popular Scottish poem about a bird sitting on a treetop, while looking down on a group of children, suggesting foreboding menace.