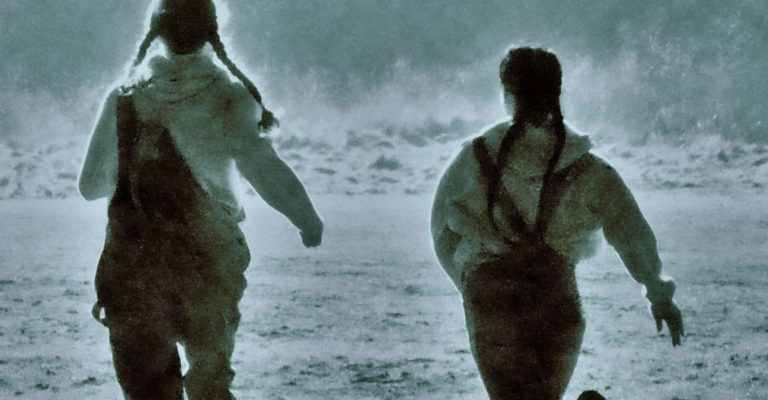 Part road movie, part 80s noir, DOVES is a new dance-theatre work for ages 14 years+ that charts the rite of passage of two very different young women from the Deep South of the US.

Set against a filmic cyclorama and wrapped in a unique, musical soundscape the two sisters (Cora-Jay Williams and Alice Henry) fight for survival and an understanding of who they really are.

“State of Grace has a unique approach to dance theatre; their work is always fascinating and involving and Doves is no exception. See it if you can!” British Theatre Guide

Commissioned by Dance City, DOVES will be presented along with a new work in partnership with Youth Dance Tynedale.

1982, the Deep South of the US. Two young sisters escape a horror and embark on an extraordinary journey along the Mississippi and all the way to the freezing tenement blocks of a New York winter.
Disco is dying. Ozzy Osborne bites the head off a live bat in Des Moines, John Belushi is found dead from a drug overdose, Michael Jackson releases Thriller and Madonna bursts into the world with her first single. Soon, RUN DMC would change the course of contemporary music as the Bronx Rap Battles gave birth to something previously unheard.
Part road movie, part 80s noir, DOVES is a new dance-theatre work that charts the rite of passage of two very different young women – joined by the past, by blood and by the trauma that stark poverty and familial violence has befallen them, this is a journey full of desire: the need for change, the need for becoming, the need to see a completely new world.
Set against a filmic cyclorama (Adam Goodwin) and wrapped in a unique, musical soundscape (Jamie Cook) that both chart the diverse and changing visual and audio landscapes during an iconic year of social change and political awakening, our two sisters (Cora-Jay Williams and Alice Henry) fight for survival and an understanding of who they really are.
It will be a difficult journey, full of darkness and danger. But they have each other – two tiny people in the vast face of the universe – and they will relentlessly push towards resolution and rebirth.
Creative Team
Performers: Cora-Jay Williams and Alice Henry
Film Design: Adam Goodwin
Sound Design: Jamie Cook
Direction: Benedict Ayrton
Associate Artist: Peter Kerry-Forbes
Associate Producer: Cat Jarman