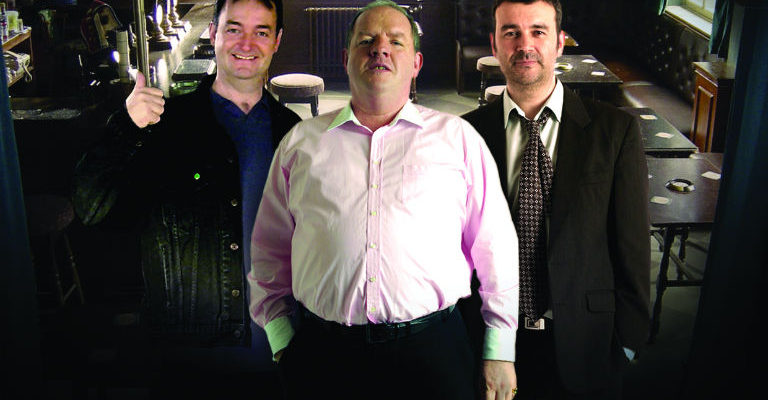 The live show was originally planned as a one week run at Salford Lowry’s Quay’s Theatre.  But due to huge public demand for tickets those shows sold out instantly and a further two weeks of shows at the Lowry’s larger Lyric Theatre were added, which also sold out in record time.

Craig Cash and Phil Mealey said: “Writing Early Doors again has been a joy and we’re really excited by the results. Putting it on stage for the first time ever will be a huge thrill. One that we hope you will come along and share.”

The Grapes Pub will reopen its doors for the UK tour, in a not-to-be-missed night of fun and laughter. Ken’s got love on his mind, but will barmaid, Tanya, ring the landlord’s bell? Old Tommy would play Cupid – if only he didn’t have IBS (Irritable Bugger’s Syndrome). Crime is on the rise but fear not, as local cops Phil and Nige are getting stuck in… to a couple of pints in the back room. After all, “Crime can’t crack itself.” All of this and much, much more when Early Doors returns.

To the regiment!  Don’t just wish you were there – make sure of it!