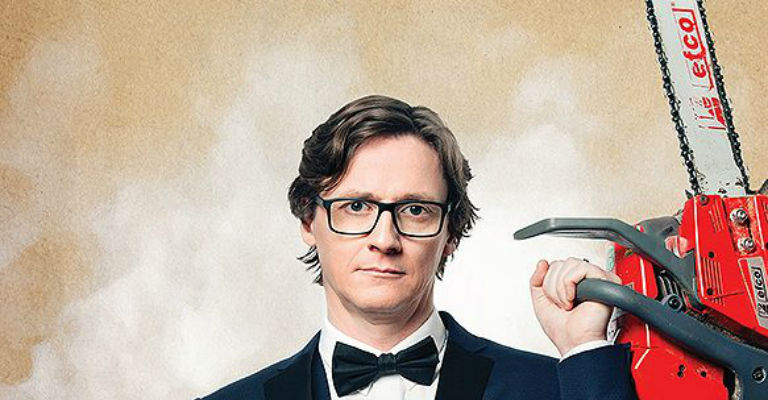 Ed says: “I originally intended to call the show, “I’ll Millennial You in a Minute”, but my promoter considered the title, “off-puttingly baffling”. That’s my own chainsaw in the photo, by the way.”

Most recently seen on Dara & Ed’s Road To Mandalay and various Mock The Weeks, Ed has become a household name from his multiple BBC TV appearances.  TV career aside, his live work has built up legions of fans. Ed remains the observational stand up to see and his live work is not to be missed!

✭✭✭✭✭  “A masterful display of the comics art…This is a seamless and perfectly timed show that could stand proudly next to any Izzard, Bailey, Carr or Skinner stadium-filler”  SUNDAY TIMES

✭✭✭✭ “Byrne is at the top of his game” SUNDAY TELEGRAPH