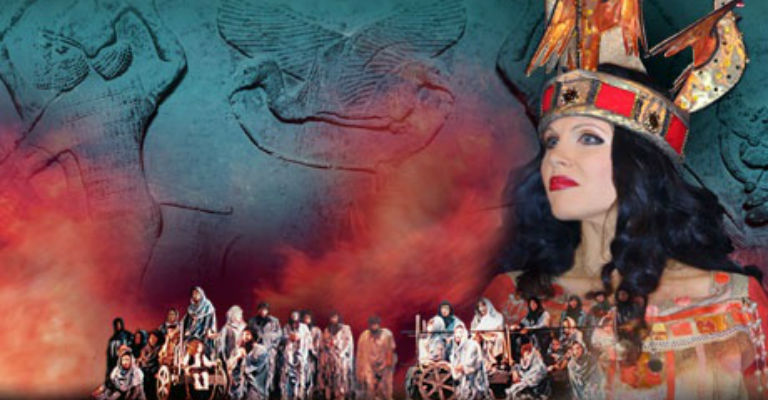 VERDI NABUCCO
WITH THE FAMOUS CHORUS OF THE HEBREW SLAVES
Starring Olga Perrier*, the international French Soprano, as Abigail and the celebrated mezzo Liza Kadelnik* from the Romanian National Opera as Fenena
Ellen Kent returns with a new production of the very first opera she ever produced.
Verdi’s haunting and melodic chorus of the Hebrew slaves, Va Pensiero, follows the plight of the Hebrews as they are forced from their homeland into exile by the Babylonian King Nabucco. This powerful tale is laced with revenge, destruction and jealousy.
A spectacular traditionally-staged production featuring magnificent sets and costumes with amazing lighting and stage effects which includes the burning down of Soloman’s temple. Nabucco promises to be an evening to remember.
Sung in Italian with English subtitles.
*Cast subject to change
‘Worth going a long way to hear’
Manchester Evening News
‘A terrific production of Verdi’s epic tale’
Liverpool Daily Post