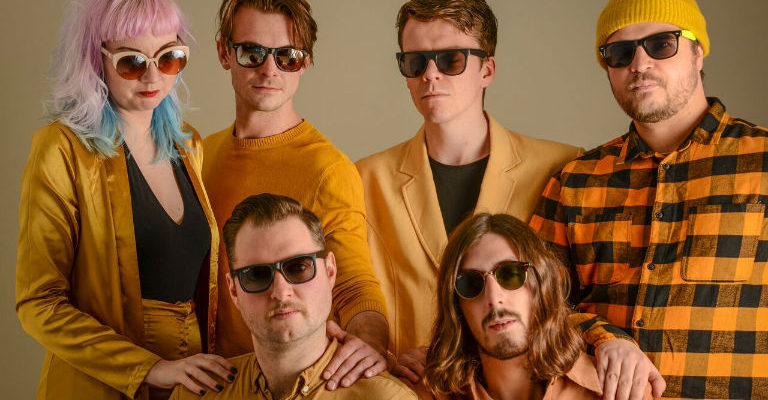 Organisers of the 10th Evolution Emerging Festival have today confirmed the full line-up which will see over 50 of the North-East’s brightest stars take over 10 of Ouseburn’s most iconic venues.

Taking place on Saturday, 9th June, this year’s headliners The Pale White, Cape Cub, Martha and Tom Joshua will be joined by some of the hottest talent the region has to offer right now.

The Pale White, who are headlining the Cluny stage, will be preceded by the likes of Newcastle’s singer-songwriter sensation Courtney Dixon and fellow Tyneside artists PRIZE and Sauvage.

Meanwhile, over at the Cluny 2 Stage, Cape Cub will be joined by other Teesside-based acts including NME favourites Llovers and expansive indie band Para Alta. The Cluny 2 instalment will also R’n’B tinged POLO take to the stage as well as Holly Rees, as recommended by the independent music publisher, Sentric.

The Tyne Bar, back once again to fulfil its Evolution Emerging duties, will feature the likes of Middlesbrough’s Mouses, Sunderland’s Social Room, neo-psych rockers Behold a Pale Horse and the Newcastle based Irish act Good Friend while The Cumberland Arms will boast the eagerly anticipated showings of Tom Joshua, Casual Threats, and the French pop-punk duo Noise & The Naïve.

“We’re all hugely excited to be bringing a whole host of fantastic artists to Evolution Emerging this year, in what is, the most diverse and comprehensive line-up to date.

“Aside from our festival headliners The Pale White, Cape Cub & Martha, we’ve made a concerted effort this year to cover more ground than ever with more slots, an eclectic spread of genres and more bands from right across the region.

“Amongst these new additions, we will see the return of two of the North-East’s most active mc’s, ZICO MC & Leddie MC, the incredible vocal powers of IMOGEN and festival debut of R&B artist Jamiliah plus Newcastle Jazz Trio Archipelago.

“It’s our 10th year with more acts performing, more variety, and a larger capacity than ever before. For anyone seeking a true taste of what the North-East has to offer, there is no other event like it this year!”

In celebration of the ten-year milestone with its bigger line-up and more venues, Evolution Emerging 2018 has secured support from five industry heavyweights, the most there has ever been they are: Sentric Music, PPL, PRS for Music, BPI, Musicians’ Union, and Help Musicians UK.

Simon Pursehouse, Director of Music Services at Sentric Music commented: “Being involved with Evolution Emerging is a no-brainer for Sentric. The work Generator does in the North-East should be a benchmark for all regions and every event we’ve attended so far has been interesting, insightful, engaging and, most importantly, useful for artists and industry alike.”

Peter Leathem, Chief Executive at PPL commented: “Initiatives like Generator’s Tipping Point support new and emerging talent and we wish the team warm congratulations on the tenth anniversary of Evolution Emerging.  The line-up for the festival is very strong and we are looking forward to being involved as a sponsor once again this year.”

Daniel Jones, PRS for Music’s Education & Outreach Manager for North England, said: “Over the last 10 years, the Evolution Emerging festival has done fantastic jobs showcasing some of the very best ‘next big things’ in the North East. In a milestone year for the event, I am delighted that PRS for Music is returning as a sponsor, and I am looking forward to taking part in the new music industry conference arm as well.”

Kelly Wood, Live Performance Official at the Musicians’ Union commented: “It’s always great to be involved with projects that champion and support emerging artists, and that keep the focus on the stages of renowned local music venues. Not only can artists benefit from the exposure of the festival, but the preceding conference is sure to also offer some vital industry advice and connections.”