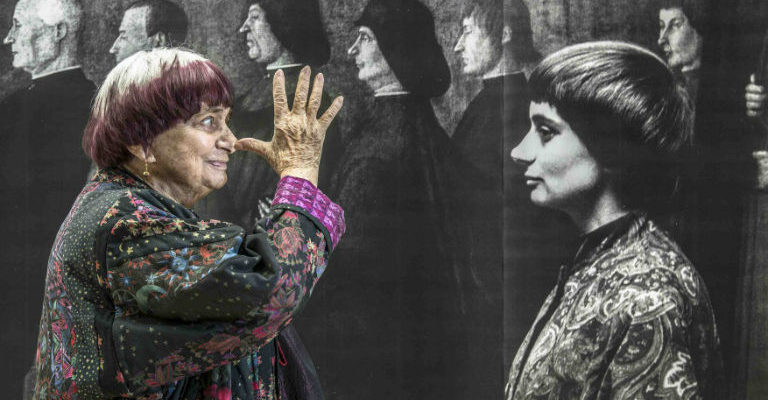 Nominated for the Best Documentary Oscar 2018, making her one of the oldest ever nominees, Varda also received an Honorary Oscar in 2017 for her incredible fiction and documentary directing which began in 1955. She has been making films for six decades, is a legend, and finally getting the credit she always deserved.  A season of her earlier work, called Gleaning Truths, is touring the UK across August and September courtesy of Curzon Artificial Eye.

Agnès Varda and JR have things in common: their passion for images in general and more particularly questioning the places where they are shown, how they are shared, exposed. Agnès chose cinema. JR chose to create open-air photographic galleries.

When Agnès and JR met in 2015, they immediately wanted to work together, shoot a film in France, far from the cities. Random encounters or prepared projects, they will go towards the others and get them to follow them on their trip with JR’s photographic truck.

Faces Places is also about their friendship that grows during the shooting, between surprises and malice, laughing of their differences.