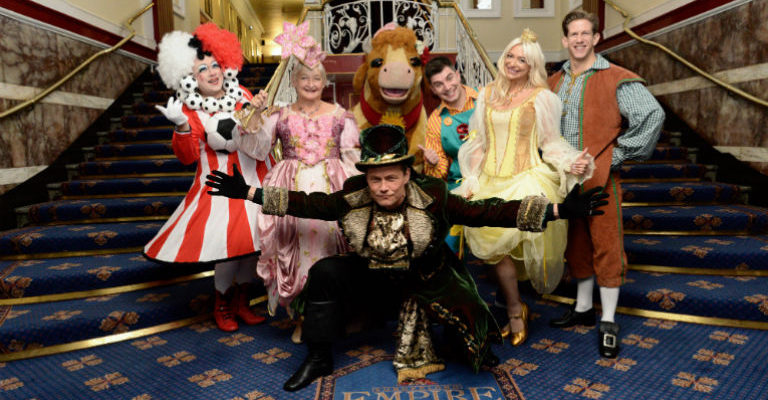 So get set to scale great heights and GO!GO!GO! with Nick Jr’s Jade Natalie as ‘Princess Jill’, TV legend Janine Duvitski, swaps Benidorm for Sunderland as the delightful Vegetable Fairy, Bill Ward (Emmerdale and Coronation Street) takes on the villainous role of the giant’s henchman, Fleshcreep alongside the devilishly delightful, Phillip Meeks as Dame Trott, and Legally Blonde the Musical’s, David Barrett joins us as our fairy-tale hero Jack, with Charlie Guest as Simple Simon.

Janine Duvitski, is well-known as the loveable Jaqueline Stewart in ITV1’s award-winning, Benidorm, alongside roles in Abigail’s Party, One Foot in the Grave and CBeebies’ Old Jack’s Boat, to name but a few! Newcastle born theatre and soap star Bill Ward is set to return to his roots in the North and is best known for his work on two of the UK’s leading Soaps, Emmerdale and Coronation Street.

Jack and the Beanstalk is set to be another spectacular panto that promises to add a fairy tale touch to your festive season with magical a magical family offer on a range of performances and a Relaxed performance on Wednesday 27 December at 5pm.

With stunning costumes and sets, hilarious song and dance routines, plus more jokes than a bag full of magic beans, let’s hope our hero Jack lives happily ever after with the beautiful princess – or will a beastly giant stop him in his tracks?

NEW for 2017! Ticket holders can add some sparkle to their visit and treat their child to the ultimate ‘Pantomime Experience’. Join the team in the Ambassador Lounge for pre-show panto fun, games and refreshments, together with a visit from one of Jack’s friends (non-cast member) for £15 per child (one adult free with complimentary drink) with additional adult places at £5 per person, call 0191 5661045 for more information.