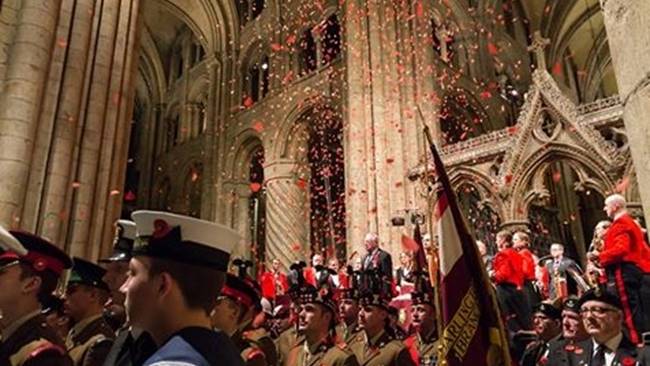 This year marks the 10th anniversary of the Festival of Remembrance in Durham Cathedral. The focus will be the 75th anniversary of the D-Day landings, the decisive action that helped liberate France, Belgium and Holland from Nazi rule and bring WW2 in Europe to an end.

Narrated by Alasdair Hutton, The Band of The Royal Regiment of Fusiliers is joined by 102 Battalion REME Pipe Band, Drums and Bugles from the Fusiliers Association, John Rowland, Julie Pendleton, Youth Connection, Hindu Cultural Trust and students from St John’s Academy, Bishop Auckland. The Muster Parade continues to grow and this year will include veterans from the Women’s Royal Army Corps.