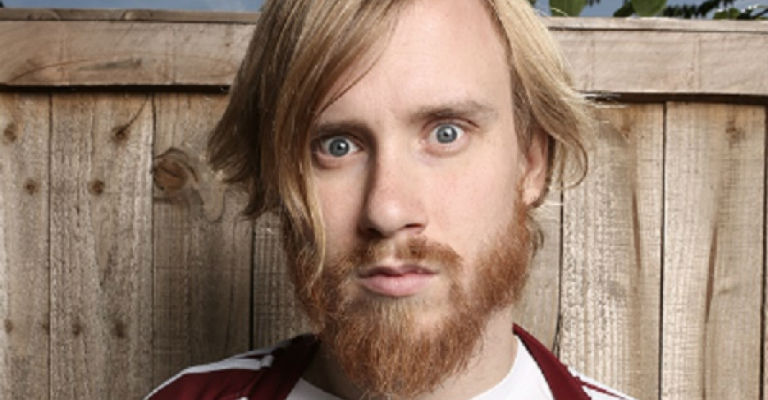 Over the past couple of years, Bobby has become an instantly recognisable face on British television and the UK comedy circuit.  We are delighted to welcome him to Barnard Castle with his latest show – Loudly Insecure.

30 years ago, Bobby was put up for adoption and now he’s tracking down his birth family one by one. Saying his search has hit a couple of snags would be an understatement and he still has relatives out there who continue to elude him – except for Justin Bieber. Loudly Insecure gives Bobby a chance to fill you in on the wildly dramatic twists and turns of his quest, the accidental broadening of his search for next of kin, plus he’ll fill you in on a couple of other musings along the way; like his love of strangers, techniques to impress his personal trainer and if remembering virginity loss is inappropriate.

Recently, Bobby has supported the likes of Bill Burr and Doug Stanhope on tour and also took time out to professionally troll Julian Assange, garnering international press pick up. Katie Hopkins has also had a brush with Bobby after he donated his appearance fee from his booking on TLC series ‘What If Katie Hopkins Ruled The World’, to causes he knew she’d hate. This noble deed didn’t go unnoticed and earned him over 500,000 hits on YouTube, a figure far exceeding the number of viewers who watched the original appearance on Hopkins’s show.

Bobby is currently shooting his first comedy series for VICELAND, which airs this summer. Co-starring the love of his life Harriet Kemsley, the show follows the pair’s hilariously dysfunctional journey towards their impending marriage. Bobby is also a series regular in Channel 4’s World of Weird and is the roaming reporter for satirical political show Sam Delaney’s News Thing (RT).

He also hosted and wrote The Bobby Mair Show for Comedy Central online which was quickly commissioned after his huge viral success on KSI:Demolished for the channel.

Additionally Bobby is a seasoned panellist on 8 out of 10 Cats (C4), Never Mind The Buzzcocks (BBC2), Virtually famous (E4), Sweat the Small Stuff (BBC3), and Safe Word (ITV) to name a few.