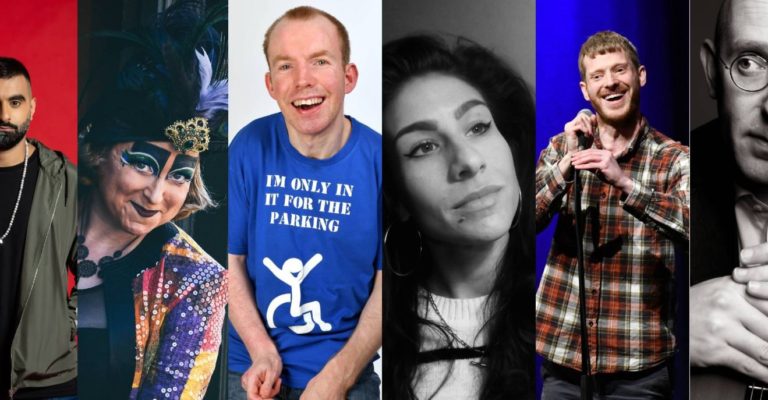 A line-up of top comedians showcasing the best of UK comedy,  all of whom are headliners in their own right.

– Britain’s Got Talent winner Lost Voice Guy – He may not be able to talk but he definitely has something to say and his comedy will leave you speechless. Watch
– top folk singer turned comedian David Eagle: ‘a genuine stand up rookie phenomenon!’ Reginald D Hunter Watch
– Award winning Ada Campe – true variety at it’s very best, rife with the absurd and the outlandish, mystery and intrigue and unabashed, pure comedy.  Watch
– top Geordie rising star Louise Young ‘Louise Young is dynamite! Intelligent and street smart, a spellbinding stage presence and the timing of a 20-year pro.’ Punch Drunk Comedy. Watch
– comedian and musician Paul ‘Silky’ White from Liverpool: “Skilful and entertaining … Silky’s audience banter is sans pareil” Time Out Watch
– Star of Channel 4’s ‘The Tez O’Clock Show’ Tez Ilyas. One of the most sought after comics on the live comedy scene having been placed on the BBC New Talent Hotlist  Watch