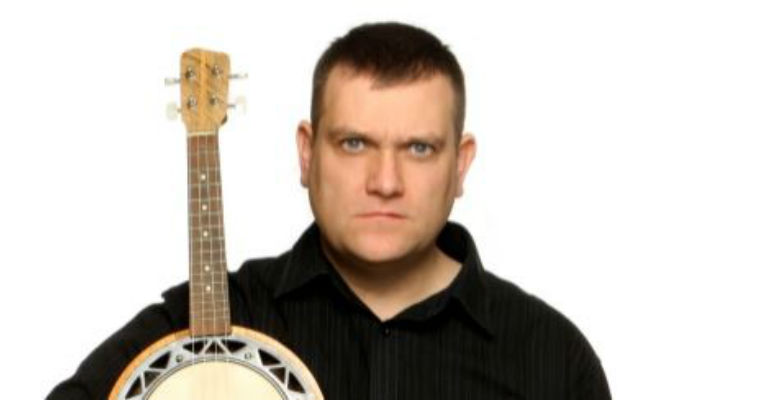 After a successful World Tour last year in FIVE different worldwide venues from South Durham to North Tyneside, Gavin Webster the self styled, joke engineering, Geordie King of the service stations brings his Northern Hemisphere tour to the Newcastle Stand on May 1st.

Expect a packed hour of biting, sneering satire with surreal twists and witty jokes so frequent, it’s akin to a fireman on a steam train shovelling coal in to the furnace to keep the laugh locomotive moving at record pace.

With dark observations, sardonic ukulele comedy numbers and majestic set pieces with soulless poetry to boot, you’ll realise you’ve watched one of the great alternative comedians and an antidote to the suit wearing arena comics of the day.

Support act as well and T shirts on sale.

‘His command of the room is doubtless….I was left with a really positive outlook on what stand up can be’ Comedy.co.uk

‘Some of his rants are wonderfully surreal, others disguise a fiery intelligence beneath the aggressive delivery…..few will be as palpably funny as this’ Sunday Herald