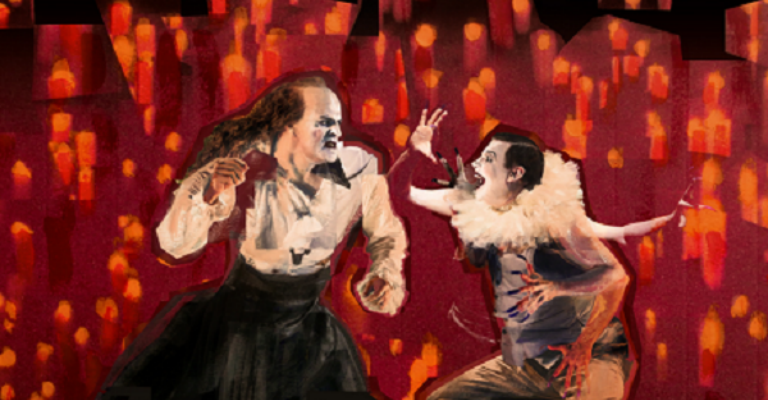 Recorded live at Glyndebourne in 2015.

David has vanquished the giant Goliath, but not everyone rejoices in his victory. Jealous of the young warrior, King Saul turns against him, descending into violent, destructive madness that forces his children to choose between loyalty and love, tearing both a family and a nation apart.

Handel’s vision of a Lear-like king is astonishing in its psychological complexity, offering a musical portrait of mental collapse few have since matched. Combined with thrilling choruses that exploit the virtuosic potential of their singers, exquisite arias and bold orchestration filled with unusual instruments, it creates a Biblical drama of truly Shakespearean scope.

‘This magical, mesmerising new production of [Handel’s] Old Testament-inspired oratorio has the wow factor in spades – music-theatre at its knockout best.’ ★★★★★ Daily Mail Sung in English with English subtitles. Recorded live at Glyndebourne in 2015. Also on screen this summer: the world-renowned tale of Puccini’s heartbreaking Madama Butterfly
(live) and the rare opportunity to see Samuel Barber’s Pulitzer prize-winning opera from the age of Hitchcock, Vanessa

Orchestra of the Age of Enlightenment The Glyndebourne Chorus