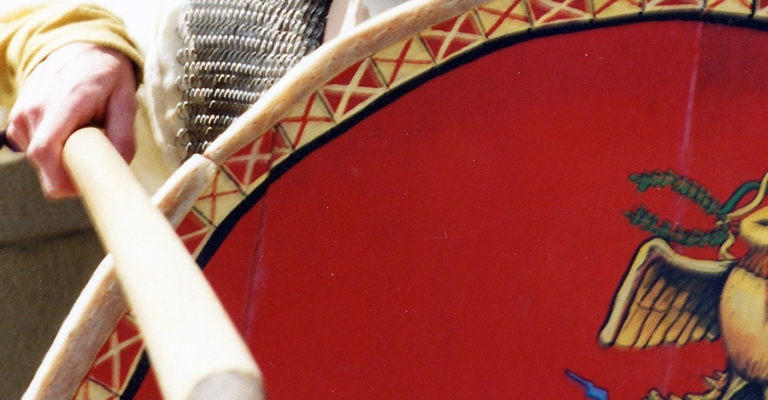 We’ll be welcoming Black Gate Combat Academy and a variety of re-enactors and heritage craft artists to pay homage to Emperor Hadrian for the weekend.

Watch the action in the arena as the Gladiators undertake training, guidance and instruction in preparation for Grand Tournament Sunday.

See a leathersmith construct, decorate, and repair leather, such as luggage, shoes, and saddles.

Find out how chainmail armour was made, repaired and why it was essential kit for battles.

Unearth what part pottery and ceramics played in civilian life and how these objects were created.

Understand what types of materials and methods were used to create jewellery and which parts of society would have worn these items.

Feel the heat of the forge and watch the force and skill of the blacksmith as he moulds and shapes molten metal.

Visit the Falconry mews and discover which birds would have been used by Roman falconers and why.

This event is part of the programme of activities supporting Hadrian’s Wall on Tyneside exhibition which is on public display until 30 October 2016. Don’t forget to drop in to the exhibition during your visit.

We’re hoping that the visiting Emperor Hadrian, his cohort and – of course – you will be entertained during the Roman revival.