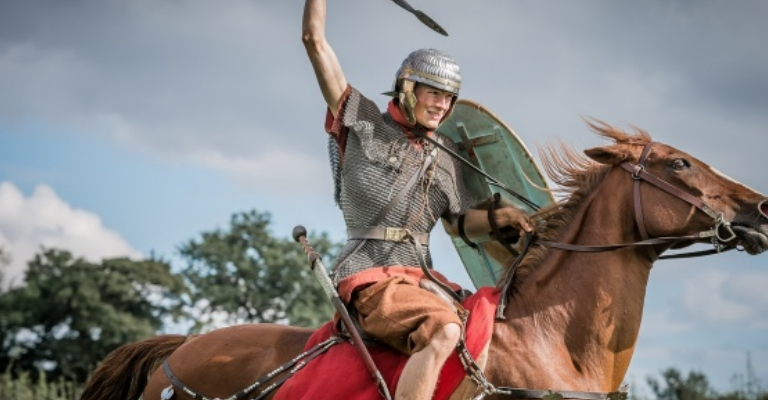 Taking place from Saturday 8 April to Sunday 10 September 2017, Hadrian’s Cavalry explores the role and daily life of the Roman army’s cavalry forces in a unique wall-wide exhibition that stretches the full 150 miles of the Hadrian’s Wall World Heritage Site area – from Maryport in the west to South Shields in the east.

Some Roman cavalrymen were recruited from tribes elsewhere in the Empire famous for their horse skills, but all the new recruits – and their horses – needed to be trained to fight as an effective army unit. The exhibition includes weapons and armour that would have been used on a daily basis and those used for the spectacular public displays the cavalry put on to show off their skills. The cavalry saw themselves as an elite, and they liked to look the part.

To find out about exhibitions and events at other venues, please visit the Hadrian’s Cavalry website.