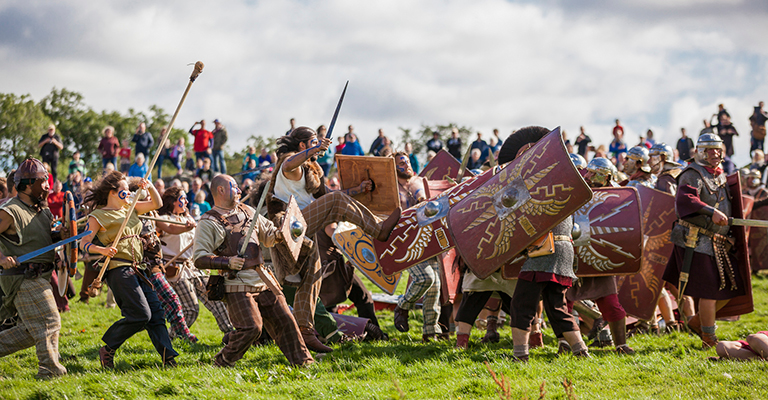 On the edge of the Roman Empire, in the grounds of an ancient Roman Fort, English Heritage presents Barbarians Night Attack as part of the Hadrian’s Wall Live programme at Birdoswald Roman Fort.

Step into Birdoswald’s illuminated arena after hours and witness a theatrical performance by 45 Romans and 40 Barbarians re-creating an ancient religious ritual. This dramatic interpretation will depict battles, kidnap and Pagan sacrilege all cumulating in brutal retribution.

This will be a stunning and atmospheric conclusion to Saturday’s Hadrian’s Wall Live programme.