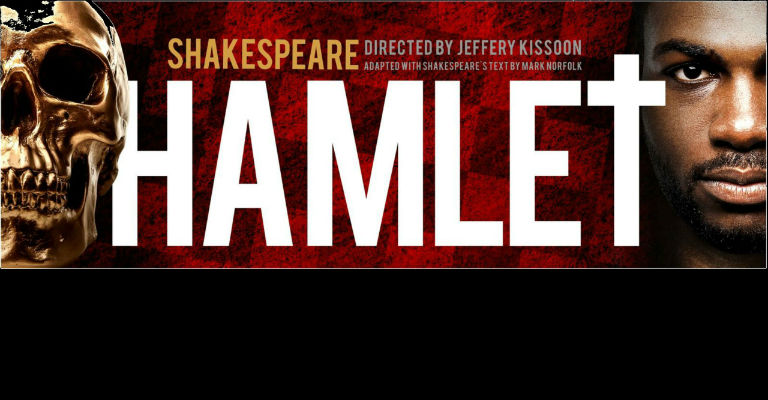 7.30pm (plus additional performance at 1pm on 5th October)

For the first time in Britain, an all-black cast presents William Shakespeare’s greatest tragedy on tour this Autumn.

Denmark, a Black Empire of modern England, where an intelligent young student discovers the world he once knew has crumbled. Implored to defend what is left of his father’s decaying legacy, Hamlet now faces the greatest moral challenge – to kill or not to kill.

Directed by Jeffery Kissoon (RSC, National Theatre, Robert Lepage, Peter Hall and in Peter Brook’s seminal production of The Mahabharata) and adapted with Shakespeare’s text by award-winning playwright Mark Norfolk, this fast-moving version gets straight to the heart of a young man’s dilemma.

This first all-black production of Hamlet in Britain makes a striking contribution to the Shakespeare 400 anniversary celebration.

Watch the BBC News as they go behind the scenes to meet the director and the cast.

Black Theatre Live is a pioneering national consortium of 8 regional theatres. Following Black Theatre Lives’ first tours in 2015 of Macbeth and She Called Me Mother starring Cathy Tyson and The Diary of a Hounslow Girl in 2016 , we are delighted to announce the next mid-scale tour is Hamlet, set for autumn 2016.