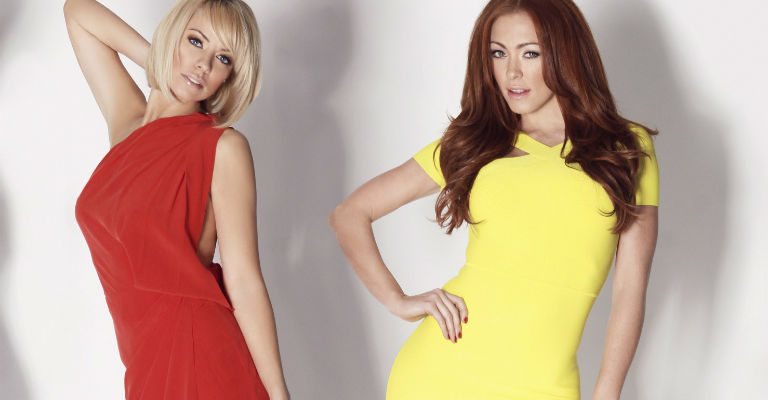 The former M People singer and the leading girl band will both return to Bents Park to headline the show on Sunday 29 July, bringing the curtain down on a month of free concerts as part of the South Tyneside Festival.

Heather Small hit the big time in the early 90s as the soulful voice of M People. The band’s first hit, Moving on Up, was an instant success and was quickly followed by One Night in Heaven, Don’t Look Any Further and Search for the Hero.

Widely regarded as one of the seminal voices from the 90s, Heather went on to have a successful solo career. Proud, the title track of her debut album, became the soundtrack to important events such as the handover of the Olympic Games from Beijing to London, the 60th anniversary of VE Day and the Tsunami Relief Concert in 2005.

Since then, she has gone on to appear in numerous TV shows including Strictly Come Dancing, The Weakest Link and Who Wants to be a Millionaire, has toured the UK with Anastacia and Lulu and is a well-respected charity worker.

“It’s an honour to be part of the line up for the final show in this year’s Sunday concert series,” said Heather, who has appeared at the event previously in 2014.

“I absolutely love touring the UK and playing to different audiences across the country, but visiting the North East is always a great experience. I’m hoping we can have a fantastic party in the park to end this year’s series with a bang.”

Heather will be joined at the final gig of the year by girl band Atomic Kitten, who last appeared at Bents Park during the 2015 series.

Formed in Liverpool back in 1998, the band scored its first number one with Whole Again in 2001, which went on to become the 13th best-selling single of the 2000s.

From there, their popularity soared and further hits followed, including Feels so Good, Ladies Night, The Tide is High and Eternal Flame, and the band enjoyed a resurgence of popularity after appearing in The Big Reunion in 2012.

“We’re really excited to be returning to South Shields and Bents Park as we’ve always had an amazing response from the North East crowds,” said Liz McClarnon, while Natasha Hamilton added: “We love this event, it’s such a good summer one – always a great crowd too.”

Admission to all four concerts this summer is free of charge, but fans can choose to upgrade to a Priority Plus ticket.

Councillor Alan Kerr, Deputy Leader of South Tyneside Council with responsibility for Culture and Leisure, is looking forward to seeing both artists again.

“Whenever Atomic Kitten has performed here the crowds have gone wild and likewise, Heather Small was a huge hit last time,” he said. “I genuinely can’t think of a better way to end this year’s concerts than by bringing back two of our most popular stars and I’m certain this show will be one that must not be missed.”

The Sunday concert series is supported by BBC Newcastle 95.4FM and sponsored by Port of Tyne and Colmans Seafood Temple.

Last week it was revealed that Pixie Lott and Aston Merrygold will open this year’s shows on Sunday 8 July, and organisers will announce two further concerts in the coming weeks.