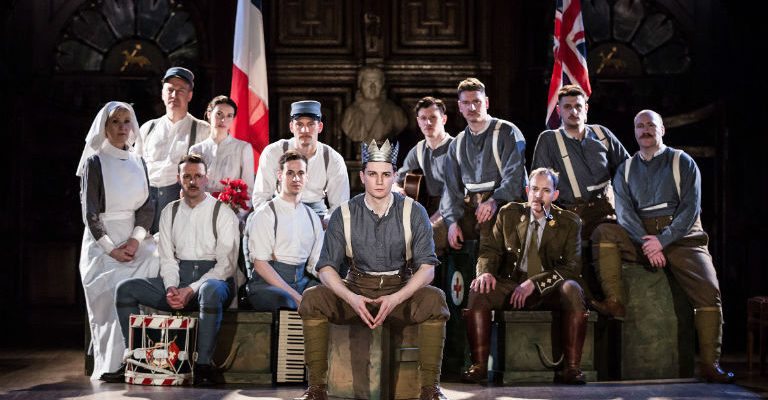 A production of Shakespeare’s HENRY V performed by theatre company Antic Disposition, part of a wider tour of cathedrals around the UK marking the centenary of the First World War and commemorating the Armistice of 1918.

Moving effortlessly between 1415 and 1915, Antic Disposition’s Henry V combines Shakespeare’s epic history play with original songs and music inspired by the poetry of AE Housman, in a powerful tribute to the young soldiers caught up in conflicts five centuries apart.

Performed by a talented international cast of British and French actors, the production celebrates the rich and often turbulent relationship between our two nations, from the Hundred Years War to the Entente Cordiale.