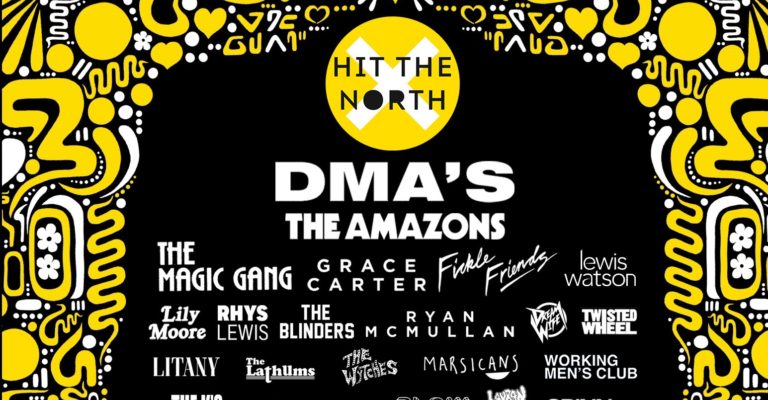 Fast developing its reputation as the region’s most vital inner-city festival for new music, Hit The North have today announced the second wave of names for 2020, building on its promise to deliver its most ambitious lineup to date.

As with previous instalments – which have played host to the likes of Metronomy, Jungle, Sam Fender, Shame, Peace, The Horrors, Jake Bugg, Ratboy and Circa Waves – this year’s Hit The North lineup is brimming with talent tipped for major success over the next twelve months and beyond.

Heading up the second announcement, Reading favourites The Amazons have quickly gained major popularity in the UK, and will be showcasing material from their acclaimed second album ‘Future Dust’ – the band’s return to the city could not be better timed.

“It feels great to be back! In a region where continuous cuts are being made to cultural projects, Hit The North is a vital platform for connecting emerging acts with new music fans, and also showcases Newcastle’s richness as a musical city in terms of its venues and home-grown artists.

Hit The North returns in 2020 and we hope the festival will continue to boost the profile of Newcastle and the wider North East region as a vibrant hub for new music”.

Joining the cohort of indie heavyweights, Brighton punk trio Dream Wife will be bringing their riotous live show to the festival, whilst anthemic Londoners BLOXX will showcase their growing catalogue of indie bangers and The Wytches look set to melt some minds with their psychedelic garage rock.

Continuing its tradition of introducing the most exciting emerging acts from across the UK, Hit The North 2020 will also play host to newcomers including Chappaqua Wrestling, Do Nothing, Grace Carter, SPINN, The Mysterines and The Wha, offering a prime opportunity to make their mark in the region.

With stage lineups, festival venues and more to be revealed in the coming months, Hit The North Festival is set for its most impressive and diverse event to date.