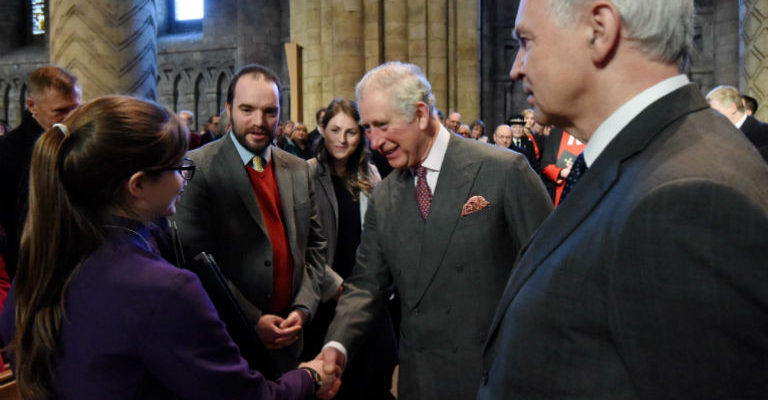 The composer Hubert Parry is a favourite of His Royal Highness The Prince of Wales who on his recent visit to Durham was given a performance of a shortened version of this concert, which was well received and enjoyed by performers and audience alike.

Music to be performed includes some of Parry’s best known works – I Was Glad, Jerusalem, and Blest Pair of Sirens. Alongside this well-known repertoire, the musicians will present Parry’s engaging cantata The Pied Piper of Hamelin, a setting of Robert Browning’s famous poem, first performed in Norwich in 1905 and rarely heard in England since. This and the Idyll from the composer’s Suite Moderne edited by the scholar and Parry biographer, Professor Jeremy Dibble, (Music Department, Durham University) will take pride of place in a concert not to be missed!  Durham Cathedral Choir will sing the Never Weather–Beaten Sail, Number 3 of Parry’s Six Songs of Farewell as well as singing in the massed choir items.  All of the choirs and the audience will sing Jerusalem at the end of the concert.

Professor Jeremy Dibble of Durham University is one of the country’s foremost musicologists. His specialism includes British nineteenth- and twentieth-century music, in particular the music of Parry. This celebratory concert provides a special insight into Parry’s music by Professor Dibble, “This is a unique chance to hear a range of Parry’s choral and orchestral music, some well-known, some hardly known, and in particular a unique chance to hear his delightful setting of Robert Browning’s poem The Pied Piper of Hamelin.  It is a wonderfully colourful score that captures the bitter-sweet nature of the popular legend and is of appeal to audiences of all ages.”

Daniel Cook, Master of the Choristers and Organist of Durham Cathedral says, “It is most fitting we are presenting this concert in partnership with Durham University.  The choral tradition at Durham Cathedral can be traced back to the Cathedral’s formation in the 11th Century.  Our neighbour, Durham University has a reputation for providing world-class undergraduate and post-graduate music education.  Six of its most talented singers hold choral scholarships to sing in the Cathedral Choir during their time in Durham providing them with professional musician experience at a formative stage in their careers. In addition our organ scholar is also a Durham University student. The evening promises to be a spectacular night of music making culminating in the singing of one of the country’s most loved hymns.”